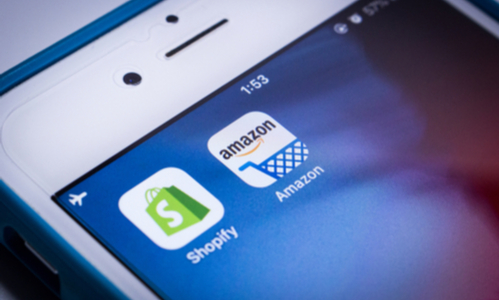 Amazon is making moves to boost its relationship with sellers as rival Shopify continues to expand its presence and swoop in on the eCommerce giant’s turf, according to a Thursday (April 21) press release.

Buy With Prime will allow select Amazon merchants to sell their listed merchandise directly from their own websites. The new perk makes Amazon’s payments and fulfillment services available at checkout. Shoppers will get the option of using their Amazon Prime membership for quick, no-charge delivery and other benefits.

Amazon’s new seller Buy With Prime tool is invitation only and will have an undisclosed fee attached.

Shopify is making its presence known and cranking up the competition, focusing on last-mile delivery acquisitions and making sellers happy. That last mile of delivery could be the deciding factor in whether a consumer shops at Amazon, Walmart, Shopify or any other eCommerce site.

The Canadian firm is looking to snap up Deliverr, which would be its largest acquisition and would serve as a complement to its subscription-based software that allows users to set up an online store. It would also give sellers more access to offer fast delivery to customers who now expect to receive merchandise in a couple of days.

Last month, Shopify partnered with Shippo, which offers a large network of global and regional carriers as well as a shipping infrastructure integration. Sellers can integrate with Shippo’s application programming interface (API) and offer shipping directly from their own online storefronts.

“Amazon is trying to build an empire, and Shopify is trying to arm the rebels,” Shopify CEO Tobias Lütke said on Twitter.