Any realistic attempt to predict the future development and speed of the European Community’s gradual shift to a more economics-based approach to antitrust law needs to take account of the likely effects of the devolution to Member States of enforcement of EC Treaty Articles 81 and 82 under the Modernisation Regulation. Although the national courts of the 27 Member States can refer legal questions to the European Court of Justice  under Article 234 of the Treaty where Community law is thought to be unclear, it will fall primarily to those national courts, as well as to national competition authorities, to apply EC competition law in individual cases. The willingness of national courts to participate in the shift to a more economics-based approach is therefore critical to the development of that shift.

Will those national courts slow the shift by resorting, for example, to straightforward applications of the somewhat simplistic tests for abuse of dominance and other oft-repeated mantras that can be found within the ECJs historic case-law? Or will national courts accelerate the shift by interpreting and applying the Treaty provisions in a way which is compatible with modern conceptions of EC competition law as being a mechanism for delivering enhanced consumer welfare rather than for protecting corporations from one another irrespective of the consumer welfare dimension? 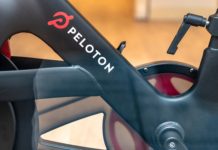