Issue: At issue in this case was whether the test applied for analyzing predatory pricing claims, first articulated by the U.S. Supreme Court in Brooke Group, Ltd. v. Brown & Williamson Tobacco Corp., 509 U.S. 209 (1993), should also be applied to claims of predatory bidding.

Factual and Procedural Background: The respondent, Ross-Simmons Lumber Co. (Ross-Simmons), brought suit against Weyerhaeuser Company (Weyerhaeuser) in the United States District Court for the District of Oregon for monopolization and attempted monopolization under  2 of the Sherman Antitrust Act, 15 U.S.C. 2. Ross-Simmons alleged that Weyerhaeuser had, essentially, driven Ross-Simmons out of business through “predatory bidding.” Ross-Simmons alleged that by bidding up the price of a specific type of hardwood, Weyerhaeuser had artificially driven up prices to very high levels in order to push its competition out of business. In the course of the proceedings in the District Court, Weyerhaeuser moved first for summary judgment, and later for judgment as a matter of law, arguing that the allegations of Ross-Simmons did not meet the requirements of the Brooke Group test. In Brooke Group the Supreme Court had held that a plaintiff bringing a claim under  2 of the Sherman Act for predatory pricing must show (1) that “the prices complained of are below an appropriate measure of its rival’s costs, and (2) that the rival had … 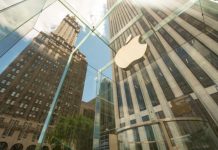