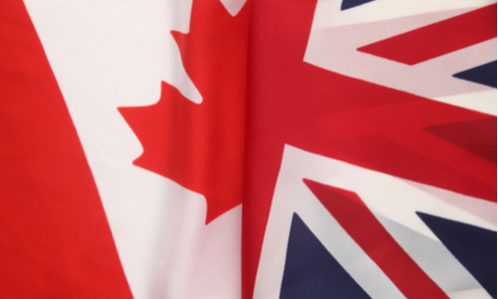 The UK and Canada are on the brink of signing a new trade agreement to replace the existing deal Britain has through European Union membership, reported Bloomberg.

The agreement would be a major boost to UK Prime Minister Boris Johnson in his efforts to plot a new course for Britain as a global trading nation outside the EU. An announcement is expected within days, according to people familiar with the matter who spoke on condition they not be identified.

Without it, the UK and Canada would face tariffs on trade from Jan. 1, when the Brexit transition period ends and the UK will no longer be part of CETA, the EU-Canada trade agreement that came into force in 2017. Canada is the UK’s 12th-biggest trade partner, with total trade between the two countries worth about 17 billion pounds (US$23 billion) in 2019.

“Trade talks are at an advanced stage and progressing well,” the UK’s Department for International Trade said in a statement. “The UK is committed to seeking to secure a continuity trade deal with Canada before the end of the transition period.”