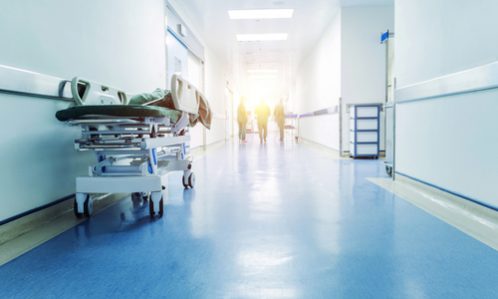 Clover Health, a tech-driven provider of Medicare Advantage insurance plans, plans to go public through a merger with a blank-check company called Social Capital Hedosophia, according to a filing with the Securities and Exchange Commission (SEC) Tuesday, October 6.

The transaction, set to close in early 2021, values Clover at about US$3.7 billion, and will provide Clover Health with “up to US$1.2 billion of gross proceeds,” the filing states. Firms referred to as “blank check” companies are usually used for acquisitions or to execute business plans that are not being shared with potential investors.

Investors in the combined venture, according to the filing, include Chamath Palihapitiya, who is putting in US$100 million; Hedosophia, with US$50 million; Fidelity Management & Research Company; and funds linked to Jennison, Senator Investment Group, Casdin, and Perceptive Advisors. Also, the filing states: “Vivek Garipalli, Andrew Toy and other officers of the company will roll 100 percent of their equity into the new company.”

In an interview with CNBC‘s Squawk Box on Tuesday, Palihapitiya said the company is “on an operating margin basis … almost at break-even in profitability.” And, “By 2023, we will have overall profitability,” he said.

In its SEC filing, Clover described itself as “the fastest growing Medicare Advantage insurer in the United States — among insurers with more than 50,000 members” and stated it “serves more than 57,000 members in 34 counties across 7 states.”

The company stated it serves “historically underserved and rural markets” and is benefitting from “favorable demographic tailwinds.”

The SEC filing also states, “The Company plans to expand into an additional 74 counties and eighth state next year and recently announced a new partnership with Walmart to make joint Clover-Walmart plans available to half a million Medicare-eligibles in eight Georgia counties.”

Clover describes its business model as “driving affordability and partnering closely with physicians to deliver the best possible health outcomes for members.” It says its software “assist physicians with clinical decision-making at the point of care.”

“Clover’s flagship platform, the Clover Assistant, aggregates millions of relevant health data points — including claims, medical charts and diagnostics, among others — and uses machine learning to synthesize that data with member-specific information,” the company stated in its filing. “This provides physicians with actionable and personalized insights at the point of care, offering suggestions for medications and dosages as well as the need for tests or referrals, among others, to ultimately improve health outcomes.”

Garipalli said in a prepared statement: “I launched Clover eight years ago to fix fundamental flaws in our healthcare system, including unequal access, abysmal customer service and wasteful spending. Chamath and the SCH team are fervent believers and true champions of Clover’s mission to improve every life. Our philosophy is that everyone should be able to afford great healthcare. The Clover team empowers physicians to deliver the best possible outcomes for our members, and the Clover Assistant does just that by delivering vital clinical insights to physicians at the point of care.”

“We have made it our business to make healthcare affordable. Our technology helps doctors, leading to better outcomes and lower out-of-pocket expenses for members,” Toy said, also in a prepared statement. “I believe that more and more doctors are embracing the Clover Assistant because it allows them to focus on what they want to do, which is to look after patients. Importantly, the platform is powered by a closed feedback loop, linking clinical data and physician action, which improves continuously as membership grows, allowing us to constantly evolve new ways of helping physicians and their patients.”