In this month’s edition of CPI Talks we have the pleasure of speaking with Mr. Joseph Simons,1 the Chairman of the Federal Trade Commission.

Thank you, Mr. Simons, for sharing your time for this interview with CPI.

I can’t comment on any current investigations, but I’ll note that the FTC has a long history of coordinating with our sister agencies on enforcement matters. The states, in particular, play a critical role in our investigations because they very often are closer to the conduct under investigation or may have closer ties with some of the individuals who are complaining about the conduct. We’ve worked closely with the states on past litigation matters such as the Mallinckrodt case, where Alaska, New York, Texas, and Washington joined our complaint and obtained a portion of the $100 million settlement relating to charges that the company maintained its monopoly by acquiring development rights to a competing drug. And in our recent hospital merger challenges against Advocate/North Shore, Penn States Hershey/PinnacleHealth, and Sanford/MidDakota, we worked closely with the states.

In past cases, attorneys from the states have helped us identify witnesses, taken the lead in conducting interviews, helped develop our thinking around legal theories, participated in depositions, and served as co-counsel when we go to litigation. They are critical partners that share investigative responsibilities and strengthen our ability to prosecute anticompetitive mergers and conduct. Finally, I should note that even when we aren’t directly working with the states, states have, on their own initiative, submitted supportive amicus briefs in cases that we are litigating in federal court.

At the federal level, the FTC and DOJ typically will come to some mutual agreement on which agency will investigate a matter. We try to “clear” matters to one agency or the other in order to avoid duplicating investigations. Although recently, we have had some difficulty coming to an agreement on which agency should handle certain digital-market-focused conduct investigations, we are working together constructively to ensure any overlapping investigative work goes smoothly.

Headlines may overstate differences in approach to digital matters. For example, this past summer, the competition authorities of the G7 countries, together with the European Commission, developed a Common Understanding on Competition and the Digital Economy, which focuses on shared principles related to the value of innovation, sound competition analysis, competition advocacy, and international cooperation as keys to promoting the benefits of competition in the digital economy.

As for the U.S. and Europe, the transatlantic relationship is marked by deep and frequent engagement. Over the three decades since our U.S.-EU cooperation agreement, our interaction, with few exceptions, tells a story of convergence. The digital economy is unlikely to be different, as we are examining similar conduct (setting aside the EC’s single market cases), testing similar theories, and usually coming to similar conclusions. The topics the Vestager-commissioned experts explored in the Competition Policy for the Digital Era report are topics we addressed during our year-long series of hearings. Our hearings even had a session dedicated to understanding our respective approaches to platforms.

Moreover, differences in our courts’ approaches to assessing multi-sidedness, or the quantum of effects necessary to find a single firm conduct infringement are not specific to the digital economy, and they are not a harbinger for greater divergence in the digital sphere.

Our shared vocabulary and analytical tools suggest an evolution that is more likely to be a continuing force for incremental convergence than an inflection point for divergence. Frequent exchange will allow us to narrow actual or potential differences as together we develop a better understanding of how these markets function. Although each jurisdiction naturally favors its own regime, we have much to learn from the experiences of others as we work to refine our respective approaches to enforcement in light of new learning and information about the digital economy.

The use of data in commerce is not a new phenomenon. All firms gather and use data to some degree. Although firms have used data for a long time, data usage in commerce is becoming an increasingly important element of competition. Recent advances in technology have enabled firms to gather vast amounts of information about consumers and the marketplace. Commentators sometimes refer to such datasets as “big data.” Harnessing big data can bring enormous benefits to consumers and be a significant driver of economic growth. Firms can use big data to create innovative products and services, develop sophisticated AI applications, and more efficiently market products and services to consumers. Health care providers can take advantage of big data to improve patient care, potentially saving many lives.

However, big data can also be an instrument of anticompetitive conduct that harms consumers. Antitrust enforcers must be vigilant to consider the effects of data on competition. Firms can use data to engage in exclusionary conduct by, for example, abusing their monopoly power to deny rivals access to data through exclusive agreements with suppliers of data. Mergers between firms in markets where access to data is an essential input may also lead to anticompetitive harm. Fortunately, antitrust enforcers at the FTC have the tools necessary to challenge anticompetitive conduct and mergers involving data.

Antitrust, however, is not the only concern arising out of misconduct involving big data. Firms may also harm consumers by collecting, using, or sharing data in a way that violates consumers’ privacy. One of our major priorities at the FTC is to challenge deceptive or unfair practices under Section 5, or violations of other laws enforced by the FTC, relating to consumers’ data. Recently, the FTC obtained a $5 billion penalty on Facebook for violating an earlier Order that prohibited Facebook from misrepresenting how it shares and uses consumer data, and required it to take reasonable steps to protect consumer data. The $5 billion penalty is the largest consumer privacy related penalty ever obtained by any government. In addition to the penalty, Facebook agreed to sweeping new privacy restrictions and a modified corporate structure that will hold the company accountable for the decisions it makes about its users’ privacy.

It is critical that firms collect and use data in a way that respects consumer privacy. Appropriate privacy rules must safeguard consumers. However, when enacting privacy legislation, Congress should consider how legislative choices in the privacy arena would also affect competition. For example, certain legislative choices could favor incumbents. Ideally, any new privacy laws will both protect consumers and promote competition.

Over the past several decades, the United States has reduced regulations in many sectors of the economy with the goal of eliminating impediments to competition in these sectors. Sectoral regulators have also increasingly promoted competition and free markets in pursuing broader policy objectives. I should also note that the FTC has an active ongoing advocacy program to encourage states to adopt laws and regulations (or revise existing standards) that enhance and promote competition. Indeed, many technology-enabled business models have challenged existing regulatory approaches and caused policymakers to adapt regulations to allow competition from newcomers. In addition, the FTC engages with Congress to promote laws that are likely to enhance competition in the U.S. economy.

As you note, last fall, the Commission commenced its Hearings on Competition and Consumer Protection in the 21st Century. These hearings underscore the unique role that the FTC plays in the development of sound competition and consumer protection policy. We asked for public comment on several questions and topics, and we are taking into account the submitted comments and public testimony as well as the FTC’s experience, judicial decisions, and academic writings as we create our output.

We are planning to release several pieces of output. I expect we will be releasing output from our international hearing very soon. I previewed the content from that hearing in my speech at the Fordham University Conference on International Antitrust Law and Policy. Specifically, the output will discuss the broad interest in the following:

We also are working earnestly on Vertical Merger Guidelines, and we have been coordinating with DOJ in that effort. We are drafting a guidance document on the application of the antitrust laws to technology platform conduct, which we also plan to share with DOJ. Beyond that, we are drafting commentary on vertical and horizontal mergers — very similar to the Commentary on the Horizontal Merger Guidelines from 2006. We are conducting a review of the economic literature on “common ownership” or horizontal shareholding. We are developing a protocol for merger retrospective studies that will help us to identify good candidates for horizontal merger retrospective studies.

I should note that while the hearings created direct support for several pieces of output, they also are indirectly kindling other initiatives. For instance, our hearings on labor monopsony issues have partly inspired our interest in hosting another workshop on non-compete clauses in certain labor contracts. We are using this workshop, which we are hosting on January 9, 2020, to gain a better understanding of what support we would need to develop a rule relating to non-compete clauses in certain labor contracts. I wouldn’t be surprised if our work on the hearings inspires other offshoots in our policy work.

1 These remarks reflect my own views. They do not necessarily reflect the views of the Commission or any other individual Commissioner. 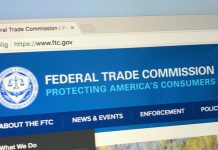 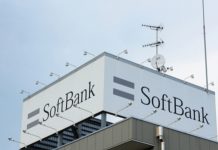 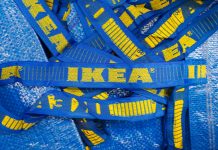