Home In The News DOJ, State AGs To Meet On Antitrust Suit Against Google 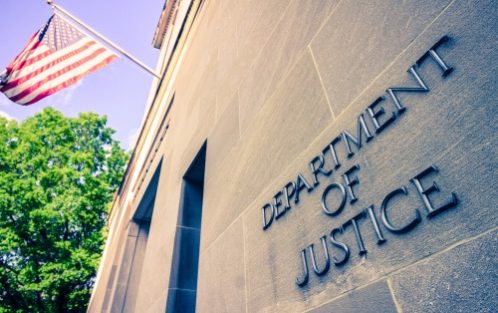 The US Department of Justice (DOJ) is putting the finishing touches on its antitrust lawsuit against Google that could be filed as early as this week, sources told The New York Times.

The newspaper reported the DOJ lawyers plan to brief the nation’s state attorneys general Wednesday (Sept. 23) on the landmark complaint against the Menlo Park, California-based tech giant. The meeting is seen as among the last steps before commencing the court action.

The probe, which was launched last year, is intended to uncover whether the tech giant is engaged in illegal antitrust practices.

Sources have told the Times the investigation will focus on whether Google gave its owned businesses preference in search queries.

“We’re not going to solve some of these problems just by small-time fines that aren’t going to change the underlying business model of these firms,” he said. “We actually have to take a hard look at whether these behemoths are killing off innovation and competition.”

Google, Facebook Inc. and other tech companies have been facing backlash from lawmakers and regulators around the globe.

In July,  the CEOs of the world’s four biggest technology companies testified before the House Judiciary Committee as lawmakers investigate competition in the sector. Facebook’s Mark Zuckerberg, Sundar Pichai of Google, Apple’s Tim Cook and Jeff Bezos from Amazon made their case that they face competition and are not violating the nation’s antitrust laws.

US Rep. David Cicilline (D-Rhode Island) ended the hearing by saying the companies “have monopoly power.” The four tech giants defended their massive sizes and various purchases as competitive and not indicative of a squaring-off of parts of the market.

PYMNTS has contended that the companies are not, in fact, monopolies because much of their time is spent competing for the same venues of the economy, including grocery shopping and social media.

Separately the nation’s attorneys general have been investigating Google’s business practices. They are considering a lawsuit against the 22-year-old global technology giant. If successful, it would break up Google’s ad technology business