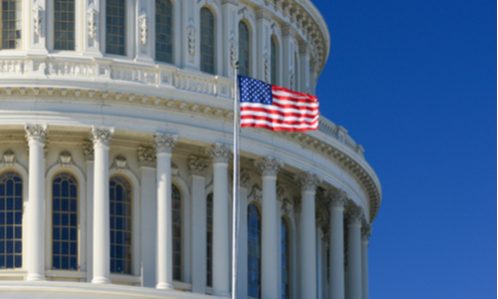 Jonathan Kanter, assistant attorney general at the Department of Justice (DOJ) antitrust division, delivered on Monday his remarks at the 2022 Spring Enforcers Summit announcing the division’s plans to step up their enforcement actions.

The time for this summit and his remarks have probably been chosen carefully, as this week is, arguably, a sort of antitrust week in the U.S. This was the first Enforcers Summit organized by the DOJ and the Federal Trade Commission (FTC), where regulators around the world discussed trending topics such as mergers and agency collaboration. Kanter referred to the event as “Antitrust Day” and he expects this to be an annual event.

The takeaways from Kanter’s remarks are that DOJ is going to hire more staff to increase enforcement actions and litigation in court and the number of settlements will be reduced. As Kanter has said before at other events, the regulator’s approach to merger review is going to change. The Division has a preference for remedies over settlements — over the last few months, DOJ has sued to block several mergers. The most recent one was last week, when DOJ rejected a settlement proposal from Cargotec and Konecranes, and the parties eventually abandoned the $5 billion transaction.

The assistant attorney general also referred to the interagency collaboration between the FTC and the DOJ to review the horizontal merger guidelines. The focus of this review is how to evaluate acquisitions that incorporate free services, where typical antitrust analyses may fail to produce reliable outcomes. The agencies are also looking for feedback on how to improve the market definition analysis to account for non-price competition. The agencies recently announced that new horizontal merger guidelines will be ready by the end of the year.

The other big antitrust event that takes place this week where regulators not only participate, but can also get input to fine tune the merger guidelines, is the American Bar Association (ABA) Antitrust Law Spring Meeting. This is one of the biggest antitrust events in the world, where thousands of antitrust experts from all over the world gather in Washington, D.C. to discuss competition policies for three days.

The speakers for some of the panels include former FTC chairwoman Edith Ramirez, former Assistant Attorney General Makan Delrahim, current public officials and of course, lawyers.

While tech firms and the tech industry have dominated the agenda for the last few years, and will still have an important role to play in this edition, discussions this year may pivot towards other industries. This is probably in response to President Biden’s Executive Order on Promoting Competition in the American Economy. The executive order encouraged federal agencies to address antitrust concerns in other areas than technology, like banking, finance and agriculture. Panelists are likely to discuss the implications of this executive order in non-tech industries and what to expect next.

Kanter also mentioned the executive order in his remarks at the Enforcers Summit. He announced that DOJ has launched an initiative to support antitrust enforcement throughout the U.S. government and expanded partnerships with other agencies, including Department of Labor, Department of Transportation and the Consumer Financial Protection Bureau.

Another hot topic on the agenda for the conference will likely be the proposed antitrust bills that may go for a full Senate vote later this year.