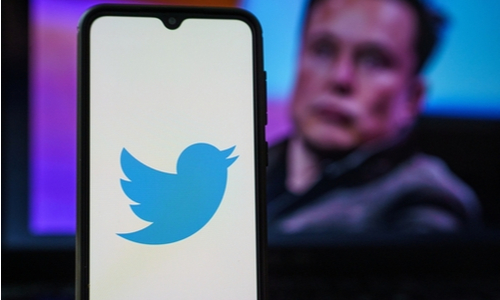 Elon Musk tweeted early Friday that his $44 billion bid to buy Twitter was temporarily on hold as he examined the number of spam accounts on the site, sending the company’s stock down sharply.

“Twitter deal temporarily on hold pending details supporting calculation that spam/accounts do indeed represent less than 5% of users,” he tweeted, linking to a Reuters article from last week citing a Twitter filing.

It was not immediately clear how the Tesla CEO would pause the deal or how serious the threat was. Musk is prone to brash statements on Twitter, something that has drawn scrutiny by the Securities and Exchange Commission. The terms of the deal require a $1 billion breakup fee.

Before the tweet, Musk already was seeking additional investors for the purchase as a market downturn puts pressure on his financing.

Tesla has lost $400 billion in market value since Musk’s interest in Twitter became public in early April, driving a wedge in his acquisition plans at a time when he has committed $21 billion of his wealth to finance the purchase. Musk had planned to buy Twitter with a combination of loans and equity commitments, leveraging into the deal much of his stake in the world’s most valuable automaker — from which he derives most of his wealth.