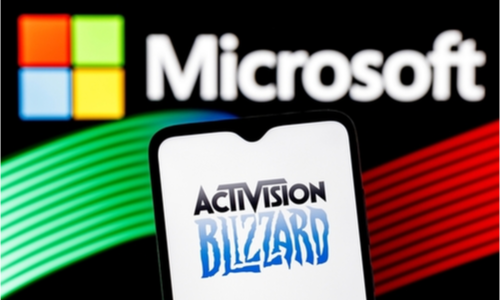 EU antitrust regulators are asking games developers whether Microsoft will be incentivised to block rivals’ access to ‘Call of Duty’ maker Activision Blizzard’s best-selling games, according to an EU document seen by Reuters.

EU antitrust regulators are due to make a preliminary decision by Nov. 8 on whether to clear Microsoft’s proposed $69 billion acquisition of Activision.

The EU competition enforcer also asked if Activision’s trove of user data would give the U.S. software giant a competitive advantage in the development, publishing and distribution of computer and console games, the EU document shows.
The planned acquisition, the biggest in the gaming industry, will help Microsoft better compete with leaders Tencent and Sony.

After its decision next month the European Commission is expected to open a four-month long investigation, underscoring regulatory concerns about Big Tech acquisitions.

Games developers, publishers and distributors were asked whether the deal would affect their bargaining power regarding the terms for selling console and PC games via Microsoft’s Xbox and its cloud game streaming service Game Pass.