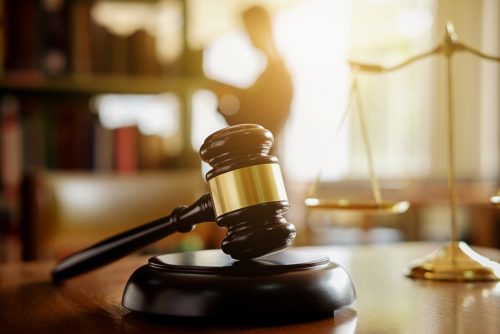 A federal grand jury in the Northern District of Illinois returned a one-count indictment charging Michael Zmijewski for his role in a money laundering conspiracy involving kickbacks. Zmijewski is a former President of Mr. David’s Flooring International LLC (Mr. David’s), a Chicago-based commercial flooring contractor. Zmijewski is the sixth individual, along with three companies, that have been charged as result of the ongoing federal antitrust investigation.

According to the indictment, Zmijewski engaged in a money laundering conspiracy to conceal kickback payments he authorized Mr. David’s to pay to Carter Brett, an account executive for a large flooring manufacturer, in exchange for low pricing. According to the charge, Zmijewski authorized checks from Mr. David’s to a shell corporation established by Brett for the sole purpose of receiving the illegal kickback payments. According to the charge, Zmijewski and his co-conspirators carried out the conspiracy from at least as early as 2013 until as late as June 13, 2018.

“The Antitrust Division, together with our law enforcement partners, will vigorously prosecute those who break the law to undermine competition, including those who conspire to launder illicit proceeds of crimes,” said Acting Assistant Attorney General Richard A. Powers of the Department of Justice’s Antitrust Division.

“Kickbacks have no place in the American marketplace,” said Special Agent in Charge Emmerson Buie Jr. of the FBI’s Chicago Field Office. “This indictment serves as a warning to anyone looking to profit illegally at the expense of consumers.”

The maximum penalty for conspiracy to commit money laundering is 20 years of imprisonment and a fine of US$500,000. The fine may be increased to twice the value of the property involved in the transaction, if that amount is greater than the statutory maximum fine.