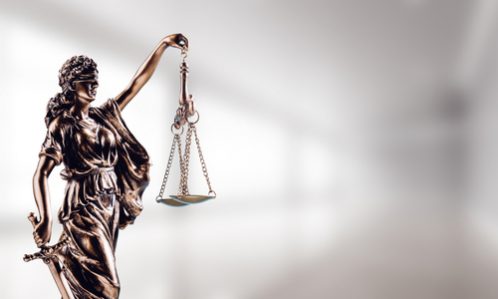 Latham & Watkins announced that Carles Esteva Mosso will join the Brussels office as a partner in the Antitrust & Competition Practice.  Esteva Mosso joins the firm from the European Commission’s Directorate General for Competition (DG COMP), where he served in a variety of positions, including as Deputy Director-General for Mergers between 2014-2019 and Deputy Director-General for State Aid between 2019 – 2021. He has also held a number of other leadership posts relating to merger enforcement and competition policy since joining the Cabinet of former Commissioner Mario Monti in 1999.

Esteva Mosso is one of the leading figures in the global antitrust community, and has been actively involved in some of Europe’s most significant merger control and State aid matters, policy decisions, and legislative proposals over the past two decades.

“We are delighted to welcome Carles to the team,” said Lars Kjølbye, Office Managing Partner of Latham & Watkins in Brussels. “He is one of the foremost practitioners in his field, and he will bring an unparalleled breadth of experience, intellectual fire power, and relevant perspective that will be of tremendous value to clients spanning a variety of global industries.”

In an illustrious career, including more than 25 years with the European Commission, Esteva Mosso has overseen a variety of high profile antitrust, merger control, State aid, cartel, and enforcement matters.

His extensive experience includes working in cooperation with senior government representatives of EU Member States on matters of national importance and with prominent enforcement agencies across the world, including the UK Competition and Markets Authority, the Spanish CNMC, the French Autorité de Concurrence, the German Bundeskartellamt, the Antitrust Division of the US Department of Justice, the US Federal Trade Commission, and the Chinese SAMR, among others.

“Carles is one of the most accomplished and well respected antitrust enforcers in the world,” added Jacques-Philippe Gunther, a Paris-based partner and Global Vice Chair of the firm’s Antitrust & Competition Practice. “His uniquely broad experience complements and extends our practice and further establishes Latham as the ‘go-to’ firm for complex cross-border deals and high-stakes enforcement matters.”

“In his distinguished career, Carles has gained unanimous recognition by agency peers, the global competition bar, general counsel, and the business community as a sophisticated antitrust practitioner who combines a deep understanding of law and policy matters, with commercial acumen and a unique understanding of complex decision making and appreciation for ‘big picture’ issues,”  said Mandy Reeves, Global Chair of the firm’s Antitrust & Competition Practice. “We are thrilled he has decided to join Latham following his long and illustrious track record in public service.”

Ignacio Gomez-Sancha, Office Managing Partner of Latham’s Madrid office, added, “With more than two decades working on contentious and non-contentious matters at the heart of one of the most active agencies in the world, Carles will be a tremendous asset to our practice in Madrid, led by Jose María Jiménez-Laiglesia. He joins an already very strong bench and he will play an important role in further building our capability in Spain, Europe and around the world.”

Esteva Mosso is the latest high profile practitioner with significant enforcement agency experience to join the firm’s market-leading global Antitrust & Competition Practice, following the recent arrival of Ian Conner, former Director of the Bureau of Competition at the US Federal Trade Commission (FTC).