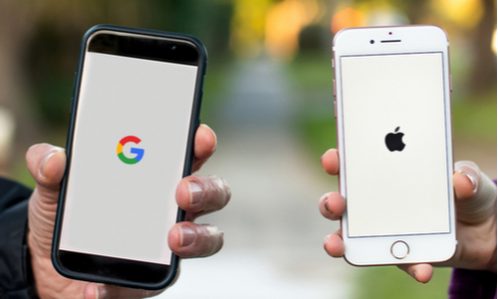 Ius Omnibus, an association that handles lawsuits against consumer protection companies, launched a series of more popular lawsuits this week, this time against tech giants Google and Apple. The class action was filed with the Competition and Anti-Competitive Practices Tribunal of the two companies, as announced in the filing.

In both lawsuits, Jus Omnibus asks the Santarém court to recognize a one-time and persistent violation of the rights of the two companies, which caused “damage to the scattered and / or collective interests of protecting the consumption of goods and services and competition”, condemning the two companies for anti-competitive practices and ordering compensation “to all those affected Portuguese consumers.

On the part of Google, a platform owned by Alphabet, it is controversial that the giant has been selling the Android operating system for smartphones since 2009, meaning that there is no alternative to Android for consumers using this mobile communications equipment. system (other than Apple), as well as the applications and content included therein. The problem is that Google enters into “anti-competitive contracts with Android hardware manufacturers and app developers culminating in a 30% commission on each sale,” the value of which “passed on to consumers.”

In short, the goal is to end Google’s dominance of distributing apps that “damage innovation” and “compensate consumers for higher prices they paid through the Google Play Store.” [loja de aplicações Android]”.