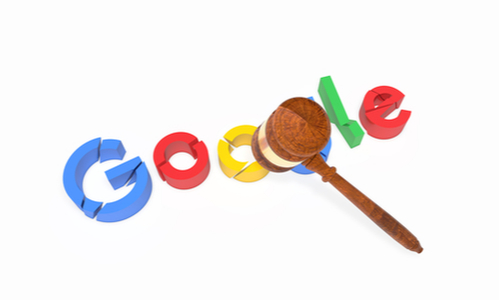 Google is objecting to a fine issued by Belgium’s privacy watchdog, the latest for alleged violations from a European privacy regulator.

The Data Protection Authority (DPA), a Brussels-based independent agency established to ensure the protection of personal data, fined the technology giant a record 600,000 euros ($681,400), Bloomberg reported. DPA ruled Google was “grossly negligent” by refusing to remove links to news articles that the authority said involved unproven harassment incidents from more than 10 years ago.

Google told Bloomberg that it intends to appeal the Belgian authority’s decision in court, saying it has worked “to strike a sensible, principled balance between people’s rights of access to information and privacy.”

The Belgian authority said it ruled in favor of a complaint by an unidentified public figure who was unsuccessful in convincing Google to remove links to a harassment complaint and what regulators called “political labeling,” the news service reported.

Google was cited by the DPA for its failure to delete links regulators ruled were harmful to the person’s reputation under the EU’s Right to be Forgotten measure. The ordinance provides the right to have negative private information removed from internet search engines and other directories.

The law was established in 2014 by the EU’s Court of Justice and enables residents of the member countries to ask search engines to remove links containing their personal information.

The justices ruled search engines must balance the requests against the public’s right to access a link associated with the searched-for name, considering, for example, whether the person is a public figure.

But Google opposed the ruling.

“We didn’t believe this case met the European Court of Justice’s criteria for delisting published journalism from search,” Google told Bloomberg in an emailed statement. “We thought it was in the public’s interest that this reporting remain searchable.”

Since that court decision, Google reportedly has removed more than 1 million links for search results that appear in the EU.

EU Agrees To $7B Plan To Aid COVID-Hit Transport Firms