Last week, following an investigation that lasted almost six months but that did not result in a statement of objections, the European Commission cleared Google’s acquisition of ad serving company DoubleClick. While this result had been widely anticipated for a number of weeks, not many transactions cleared unconditionally have stirred up such hot debate on both sides of the Atlantic and attracted the level of press coverage afforded to this transaction. Perhaps one of the most controversial aspects of the transaction relates to the reams of information acquired and routinely stored by Google and DoubleClick through their Internet activities. Certainly much of the debate in the press has focused on data protection and privacy issues and the fact that the transaction would merge the parties’ two vast databases on consumers’ online habits. Although the Commission was no doubt right in its final decision to exclude data protection and privacy issues from its merger control review, the Google/DoubleClick transaction highlights how antitrust concerns in vertical mergers can arise from access to information and the market power that information can confer. 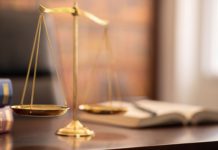