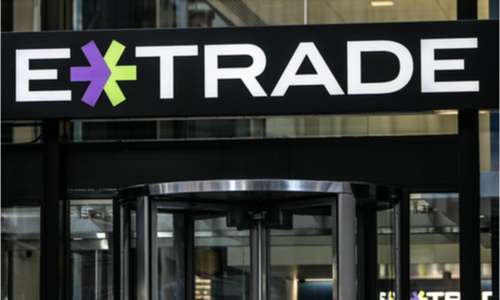 If E-Trade Financial Corp walks away from its $13 billion deal with Morgan Stanley, the massive bank will come away with a $375 million breakup fee, according to Reuters.

Morgan Stanley entered a deal Thursday to buy electronic trading platform E-Trade, which would be the biggest acquisition by a major Wall Street bank since the financial crisis of the late 2000s.

E-Trade has been at the center of rumors about mergers or acquisitions for some time now, which ramped up after Charles Schwab Corp spent $26 billion in stock purchasing TD Ameritrade Holding Corp last year. After that, those knowledgeable of the market speculated that E-Trade would be next up for a sale, due to the continuing pressures on non-commission trading. When Schwab let go of its online commission fees late last year, E-Trade and others did the same.

If Morgan Stanley terminates the deal due to antitrust issues, E-Trade would receive $525 million, according to regulatory filings. The bank is looking at finishing the deal by the fourth quarter, and executives are confident there will be no issues meeting regulatory approvals.

Under the agreement, Morgan Stanley will pay $58.74 per share, and the agreement consolidates $3.1 trillion in assets.

When the news broke, shares of Morgan Stanley declined by 3 percent. E-Trade shares rose 24 percent, sitting at $55.90 a share.

Morgan Stanley chief executive and chairman James Gorman was excited about the transition, saying acquiring E-Trade would continue a tradition for the bank of embracing more solid ways of bringing in revenue.

The acquisition will lend Morgan Stanley a helping hand in the field of deposits, as the bank has had trouble in recent years. E-Trade’s deposits business will give Morgan Stanley a boost, according to officials.

Devin Ryan, JMP Securities managing director of equity research, said a big part of the growth initiative would be for Morgan Stanley to convince E-Trade customers to use Morgan Stanley’s services in the future. As both banks are leaders in corporate stock plan businesses, that might be workable for Morgan Stanley.