Home In The News Intel Loses Patent Trial, Must Pay $2.18B 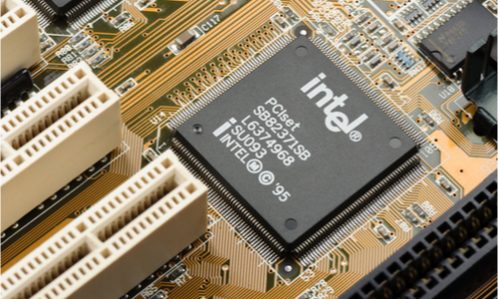 Intel was told to pay VLSI Technology US$2.18 billion by a federal jury in Texas after losing a patent-infringement trial over technology related to chip-making, one of the largest patent-damages award in US history. Intel pledged to appeal, reported Bloomberg.

Intel infringed two patents owned by closely held VLSI, the jury in Waco, Texas, ruled on Tuesday, March 2. The jury found US$1.5 billion for infringement of one patent and US$675 million for infringement of the second. The jury rejected Intel’s denial of infringing either of the patents and its argument that one patent was invalid because it claimed to cover work done by Intel engineers.

The patents had been owned by Dutch chipmaker NXP Semiconductors, which would get a cut of any damage award, Intel lawyer William Lee of WilmerHale told jurors in closing arguments Monday. VLSI, founded four years ago, has no products and its only potential revenue is this lawsuit, he claimed.

VLSI “took two patents off the shelf that hadn’t been used for 10 years and said, ‘We’d like $2 billion,”’ Lee told the jury. The “outrageous” demand by VLSI “would tax the true innovators.”

He had argued that VLSI was entitled to no more than US$2.2 million.

“Intel strongly disagrees with today’s jury verdict,” the company said in a statement. “We intend to appeal and are confident that we will prevail.”