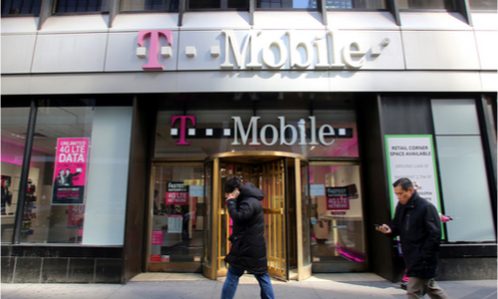 On Tuesday, a federal judge allowed the $26 billion merger between T-Mobile and Sprint to proceed, dismissing a challenge brought by a group of state attorneys general, reported The New York Times.

The state attorneys general sued to block the deal last year after the merger received approval from both the Federal Communications Commission and the Justice Department. In January, the states argued that shrinking the national wireless carrier pool down from four to three providers would decrease competition and create higher prices for consumers if the deal were approved.

In his decision, Southern District of New York judge Victor Marrero rejected that argument. “The court concludes that the proposed merger is not reasonably likely to substantially lessen competition in the” mobile service market, Marrero wrote, and would likely “enhance competition in the relevant markets to the benefit of all consumers.”

T-Mobile and Sprint confirmed that they will be moving to finalize the merger now that it’s received final approval from the court. Incoming T-Mobile CEO Mike Sievert said the deal could close as early as April 1st, 2020.

As part of its deal with the Justice Department, T-Mobile agreed to enter a limited-term MVNO (or mobile virtual network operator) deal with Dish Network, essentially leasing the company access to its network so it could compete with the new T-Mobile as soon as the merger with Sprint closed. In theory, this would give the new company time to build out its own 5G network, and eventually compete as a standalone carrier. But throughout January’s trial, the states argued that the deal would incentivize Dish to coast on its favorable MVNO deal and eventually sell off its own spectrum holdings at a profit later.