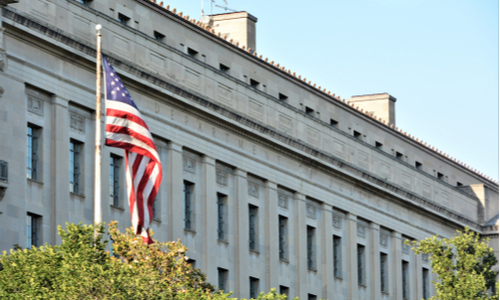 The Justice Department’s misconduct office has found that antitrust prosecutors didn’t violate any rules or regulations by undertaking in-depth reviews of 10 mergers in the cannabis industry at the request of Attorney General William Barr.

In a June 11 memo, the Department’s Office of Professional Responsibility (OPR) — which investigates allegations of misconduct by employees — said two anonymous whistleblowers alleged that the antitrust division undertook pretextual reviews of the marijuana deals even though they presented no competitive concerns.

Jeffrey R. Ragsdale, OPR’s director and chief counsel, said his office reviewed the whistleblower complaints, as well as documents and information provided by the antitrust division.

“The cannabis industry provided a unique challenge to federal and state regulators alike, and it was reasonable for ATR to seek additional information from the industry through its Second Request process,” Ragsdale wrote in the memo, a copy of which was obtained by POLITICO.

Antitrust prosecutors issue a “second request” for additional information and documents when they have concerns about the potential impact of a merger. These in-depth reviews can lengthen the process by months or years.

John W. Elias, one of the whistleblowers, told members of Congress on Wednesday, June 24, that he raised concerns about the cannabis mergers because they were “not even close” to meeting criteria for an investigation.

Elias testified that Barr ordered antitrust division prosecutors to do an in-depth probe of a US$682 million merger between the marijuana companies MedMen and PharmaCann on March 12, 2019. The division later also opened lengthy investigations into nine other marijuana deals, which required the companies to produce millions of documents.

“Personal dislike of an industry is not a valid basis to ground an antitrust investigation,” said Elias, who served as chief of staff for the antitrust division from 2017 through 2018.