In the last few years, a popular narrative is that the sky is falling: competition authorities have allowed too many mergers, digital markets are tipping, even with consumer benefits in terms of low prices or zero price and there are many harms to suppliers and indirect harms to consumers through loss of choice and privacy.

As a result, we have calls for greater and faster intervention in mergers and market activity, more political influence and less independence of decision-making.

This has fueled what I will call an antitrust LEAVE campaign, as in: leave the current relatively permissive approach, leave the consumer welfare standard, and Take Back Control from the titans.

This campaign is populist-led, with a disdain of experts and impatience at waiting for evidence before enforcing our laws.

Indeed, in this view, independent decision-making and economic analysis have allowed too much power in the hands of too few. 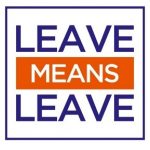 South Korea Allies With US On Crypto Related Crimes

South Korea Allies With US On Crypto Related Crimes