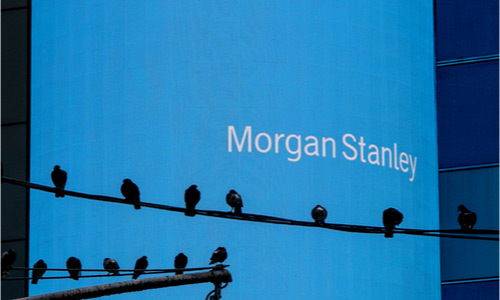 Morgan Stanley is buying online broker E-Trade for $13 billion in an all-stock deal, a move that shows how serious the Wall Street giant is about catering to everyday consumers.

The deal would give Morgan Stanley — long known as one of Wall Street’s most blue-chip names, whose asset management business caters to the wealthy — a big share of the market for online trading, an additional 5.2 million customer accounts and $360 billion in assets.

Thursday’s deal highlights the increasing convergence of Wall Street and Main Street. Elite bastions of corporate finance are increasingly seeking to cater to customers with smaller pocketbooks. And online brokerages that once hoped to overthrow traditional trading houses are instead suffering from a price war that has slashed their profits.

According to the New York Times, it follows Morgan Stanley’s strategy of focusing on asset management rather than investment banking and high-stakes trading, betting on steady fees over bigger paydays and bigger risks.

“This continues the decade-long transition of our firm to a more balance-sheet-light business mix, emphasizing more durable sources of revenue,” James P. Gorman, Morgan Stanley’s chairman and chief executive, said in a statement.

If the deal goes through — it needs the approval of E-Trade shareholders and regulators — more than half of Morgan Stanley’s pretax profits would come from wealth and investment management, compared to 26 percent a decade ago.

Before the deal, Morgan Stanley’s $2.7 trillion in assets were largely tied to big companies and wealthy individuals.

Australia Gives Green Light To Asahi’s $16B Buyout Of CUB

Italy’s Exor To Invest $200M In Transport Start-up Via