Home In The News No Antitrust Concerns Over Cloud Computing Yet: Vestager 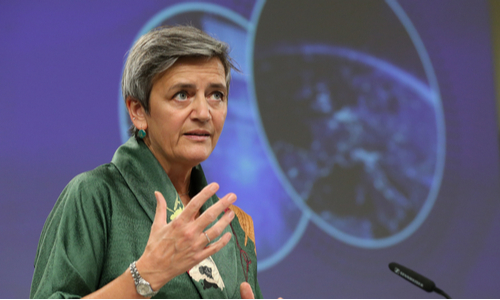 Cloud computing, in which Amazon and Microsoft are the biggest players followed by Alphabet’s Google, doesn’t pose competition concerns yet because of Europe’s Gaia-X initiative, EU antitrust chief Margrethe Vestager said on Monday.

They have become a big driver of growth at the big tech companies, with AWS generating 13% of Amazon’s revenue last year and 74% of its operating income while Microsoft’s Intelligent Cloud unit, of which Azure is a big chunk, brought in 37% of its overall sales.

The market power of the big companies has sparked unease at smaller rivals in recent years, with German software provider NextCloud, France’s OVHcloud and two other companies filing complaints about Microsoft’s cloud practices to Vestager.

“No, so far we’ve had no concerns,” Vestager told Reutersin an interview when asked if she was worried about companies potentially abusing their dominance.

She said Gaia-X, a project to create secure and efficient cloud data that seeks to reduce the EU bloc’s dependence on Silicon Valley giants, would boost competition.

“This is not something that we are engaged in, but I basically see it as pro-competitive when you have someone to show potential customers that there are more than two giants where you can place your business,” she said.