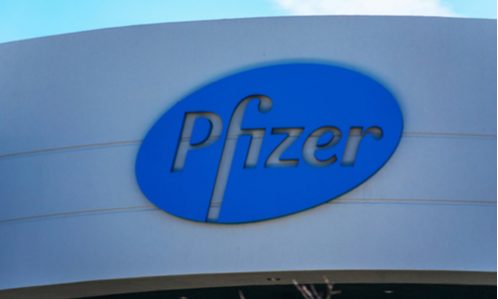 Pfizer and two subsidiaries will pay $345 million to escape antitrust litigation over an alleged scheme to gouge purchasers of the EpiPen, a lifesaving allergy treatment formerly made by a Pfizer unit and marketed by Mylan NV, according to a federal court filing in Kansas.

The proposed settlement, filed late Wednesday in the US District Court for the District of Kansas, would resolve class action claims brought against Pfizer on behalf of “end payers” like insurers, pension funds, and consumers that have targeted the two drug giants.

Rex Sharp, a Prairie Village lawyer representing the plaintiffs, said in an email that his clients were pleased that Pfizer had agreed to the settlement while noting it still requires court approval.

He said the plaintiffs looked forward to trying the remaining claims against Mylan before a jury.

The litigation dates to 2016, when numerous class action lawsuits were filed against Pfizer, Mylan and other defendants alleging they engaged in anticompetitive conduct in connection with their marketing of the EpiPen.

Mylan owns the rights to the EpiPen brand, but the devices are manufactured by Pfizer.

Mylan acquired the right to market and distribute the EpiPen in 2007. At the time, an EpiPen package cost about $100. Today, it costs more than $650 without pharmacy coupons or manufacturer discounts.

EpiPens are auto-injectable devices that deliver the drug epinephrine, which is used to treat life-threatening allergic reactions known as anaphylaxis. Anaphylaxis is most commonly caused by food allergies but can also be caused by insect bites, medications and other substances.

The lawsuits were transferred to federal court in Kansas City, Kansas, because of its geographical centrality. Trial was scheduled to begin this Sept. 7, but if Crabtree approves the settlement, Pfizer and the two other companies proposing to settle – Meridian Medical Technologies Inc. and King Pharmaceuticals Inc. —will be off the hook.