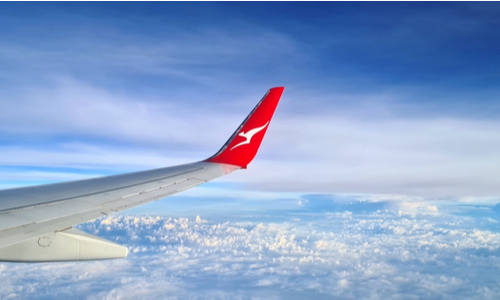 Australian flagship air carrier Qantas and its rival Alliance Aviation Services have reached an agreement in which Qantas will fully acquire Alliance by purchasing the remaining 80.1 percent of its shares, despite a warning from the Australian Competition and Consumer Commission that an attempt to increase its stake would raise significant competition concerns.

In February 2019, Qantas acquired 19.1 percent of Alliance for A$60 million in a move that at the time completely surprised the charter airline. Already then, the airline said it wished to acquire a larger share of Alliance and was seeking approval from the Australian Competition and Consumer Commission (ACCC).

Quantas remains Australia’s dominant domestic airline, with the ACCC’s 2021 report on the airline industry giving it a market share of 74% of inter-state flights by December 2020. The airline’s strong position makes it a likely candidate for close scrutiny by Australian regulators.

Qantas now follows this up with its proposal, which has been laid down in a so-called Scheme Implementation Deed. Qantas has offered $4.75 for each Alliance share, which is 35 percent higher than the $3.51 at which the Alliance shares closed on May 4, 25 percent on the one-month, and 32 percent on the three-month average of the share price. The offer values Alliance at $764.5 million on a fully diluted basis, and an enterprise value of $919.2 million.

The offer is subject to shareholder and regulatory approval, but the Alliance Board unanimously recommends the offer to its shareholders in Australia and New Zealand. As CEO Steve Padgett says in a release to shareholders: “The transaction represents a compelling opportunity for our shareholders to exit the Alliance business following a period of significant industry upheaval, and to realize a strong return on Alliance’s fleet assets. (…) The transaction structure enables our shareholders to continue to participate in the Alliance story, albeit as part of an expanded Qantas Group or should they choose, to crystallize a cash payment by selling the Qantas shares issued to them following implementation of the Scheme.”