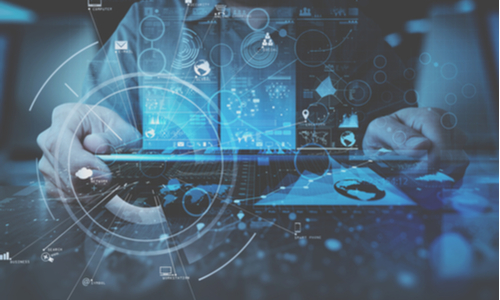 From the $1.7 billion AdSense antitrust fine levied against Google in 2019 and the nearly $887 million privacy fine Amazon was issued last July, to the recent $405 million fine levied against Meta last month, Big Tech firms have been slapped with some of the largest corporate fines on record in the European Union.

But it’s not just Europe that is being hard on tech tycoons.

Courts and regulators in other regions have launched their own probes against these Silicon Valley giants to curb their market dominance and protect users’ data and privacy.

For example, Nigeria’s advertising regulator recently sued Meta for 30 billion naira ($70 million), alleging that the firm’s Facebook and Instagram platforms publish ads that haven’t been vetted and approved by the authorities.

In another antitrust case that could see the firm pay out up to 10% of its local earnings, South Africa’s Competition Tribunal has said it is currently reviewing Meta’s attempts to block the government’s digital engagement platform, GovChat, from accessing the WhatsApp Business API.

What’s more, thanks to a Memorandum of Understanding (MoU) signed by competition watchdogs in Kenya, South Africa, Nigeria, Mauritius and Egypt earlier this year, the stage is set for African countries to present a more united front on enforcing antitrust laws.

The MoU is behind the creation of the Africa Heads of Competition Dialogue (AHCD), an umbrella organization that intends to collaborate on market regulation and share resources to address the challenges presented by a fully international digital services sector.

The participant authorities have also committed to collectively researching obstacles to the emergence and expansion of African digital platforms and businesses to enhance competition and inclusion in the digital economy.

Although still a far cry from the regulatory might of the European Commission, the integrated approach to Big Tech regulation signaled by the AHCD charts a path toward more effective, cross-border regulatory instruments.

And the AHDC’s interest in barriers to the emergence of homegrown African digital platforms in a market dominated by a handful of American tech firms echoes the EU’s focus on digital sovereignty.

That said, debates over digital sovereignty take on a different flavor in the African context, where the presence of Chinese technology and investment is as important, if not more so, than the dominance of U.S. platforms.

Yet, as Google recently announced that it is opening a cloud region in South Africa, Big Tech companies can be part of the solution too.

That’s because in both Europe and Africa, the sovereignty issue hasn’t been portrayed in a way meant to completely shut out foreign businesses.