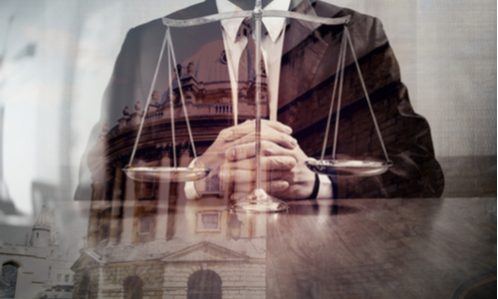 Upon being assigned the Ranking Member of the Senate Judiciary Antitrust Subcommittee, Senator Lee issued the following statement Tuesday, February 16, on antitrust matters in the 117th Congress:

“Antitrust law and policy continues to grab headlines and attract attention in Congress, and there appears to be a broad consensus that the status quo isn’t working. With the Senate split 50-50, any effort to reform or update our antitrust laws will need to be a bipartisan effort with buy-in from both sides. I look forward to playing a leading role in that process, including by reintroducing the One Agency Act with new provisions to address the inequities of FCC merger review. I appreciate Sen. Klobuchar’s opening contribution to this bipartisan discussion, and am excited to work through the details with her and others to reach a consensus approach to improving antitrust enforcement for the 21st century.

“We have much to address. The actions of Big Tech continue to divide the nation, undermine fundamental liberties, and distort the market. The Silicon Valley fairytale of innovation and technological progress sold to Americans has turned into a corporatist nightmare of censorship and hypocrisy.

“For over two centuries, conservatives have echoed the voices of America’s founding fathers, warning of the danger of concentrated political power. The greatest threat to liberty has always been state coercion.

“This remains true, but increasingly that threat is rivaled by another: the soft totalitarianism of a corporate shadow state. It is not the government’s monopoly on force that today’s left uses to punish wrong think, but the economic monopolies of multinational corporations. While the means are different, the effect may in some cases be the same.

“We now see forming before our very eyes a world in which the massive tech companies that facilitate so much of our daily lives are no longer content simply to profit off of us; they want also to control what information we are allowed to access.

“As the leading Republican on the Senate Antitrust Subcommittee for the last decade, I have repeatedly warned of the dangers posed by Big Tech. But despite those warnings, our antitrust enforcers were asleep at the wheel while Silicon Valley transformed from a center of innovation into a center of acquisition. Instead of competing to be the next Google, Apple, Facebook, or Amazon, today’s tech startups are pushed by their private-equity backers to sell out to Google, Apple, Facebook, or Amazon.

“Innovation is supposed to benefit consumers by challenging the market incumbents, not strengthening their monopoly power. But this works only when there is adequate antitrust enforcement, rather than laissez-faire deference to the sort of speculative efficiencies Judge Bork warned against in The Antitrust Paradox. Everyone knows that illicitly obtained monopolies lead to higher prices and lower quality for consumers. Now we are seeing that, unchecked, they can also threaten our most basic liberties.

“At the same time, some of my colleagues across the aisle would seize this moment to radically alter our antitrust enforcement regime in a manner that would undermine both the economy and Congress’s legislative prerogative.

“The consumer welfare standard—which ensures that the primary beneficiaries of the antitrust laws are the people, rather than big business—is essential to maintaining free markets. It is also essential to preventing unelected judges from advancing their private political preferences by applying the antitrust laws to non-economic harms. Put another way, it prevents judges from usurping Congress’s legislative role.

“The consumer welfare standard also conforms antitrust law to basic doctrines of fairness and equality under the law. Rather than simply declaring that ‘big is bad’, antitrust law—properly applied—looks to conduct and its effect on consumers in the same way that other laws judge a person’s conduct and not their status. Straying from these guiding principles would cripple our economy at a time when millions are already struggling, and it would undermine one of the foundational principles of our republic.

“For those reasons, any legislative attempt to replace or undermine the consumer welfare standard is a non-starter. It’s also unnecessary. Our current laws are more than up to the task of policing the anticompetitive conduct that has left so many markets bereft of competition. Make no mistake: the consumer welfare standard is not a get-out-of-jail-free card for any business if properly enforced. Our time and resources will be much better spent ensuring that we are adequately enforcing existing laws, rather than pursuing drastic changes with unintended consequences that could wreak havoc on the economy.