The Australian Competition and Consumer Commission (“ACCC”), like every other competition authority around the world, finds itself in uncharted waters and somewhat between a rock and a hard place insofar as any of them have sometimes elevated competition dogma over competing economic policies of State.

What is clearly unprecedented is the freeze in both the supply and demand sides of the economy arising out of the global lockdown. No-one saw it coming and it is much different from the 9/11 impacts on aviation, for example, or the Great Recession of 2008-2012 (from which not every country had even fully recovered). And for a country like Australia, which is often characterized as beset by duopolies, oligopolies and otherwise highly concentrated markets, the fallout can have much more long-living consequences for the market compared to peer jurisdictions.

The ACCC is very much alive to the potentially adverse effects of COVID-19 for the competitive environment in its public approach and actions to date. It is demonstrating a sensible pragmatism, an approach grounded in realpolitik, in already authorizing conduct which would otherwise be anti-competitive pursuant to its powers under the Competition and Consumer Act 2010 (Cth)2 (“CCA”), in order to maintain stability in the Australian economy and to meet consumer demand insofar as that is possible:

First, we are authorising, or making legal, what would otherwise be anti-competitive activity. Under the CCA we have the ability to do this.

This in essence involves competitors getting together to co-ordinate their response and share resources and information.

At a time of crisis such as in war or with a pandemic, where there is a common enemy to fight for the nation’s survival, and so a sense of national purpose, co-ordination is both efficient and carries little or no downside…

We have, for example, authorised banks to jointly provide debt relief, supermarkets to ensure their shelves are stocked with Australia’s plentiful food and groceries and medical equipment suppliers to expand capacity…

In its authorisations the ACCC can ensure price fixing is not allowed, and guard against anti-competitive consequences. And when the crisis is over authorisation can be revoked. There will be a clear line concerning when co-operation among competitors is and is not allowed.

We will want vigorous competition to drive the recovery when it comes.3

This approach deals very much with the here and now, and is apt for those sectors of the economy which need to survive today and will probably survive the pandemic intact as they often relate to what government would characterize as essential services to the community, in allowing for certainty of supply around healthcare, groceries, fuel and finance.

What is more difficult for regulators and government to deal with are those markets which are now in suspension or hibernation but which any economy needs to be competitive in a normal economic climate. In concentrated markets in Australia like aviation (where there is a duopoly) or natural monopolies like airports, market participants entering into hibernation with strong balance sheets will emerge with significantly weakened balance sheets, if at all. The ability to provide normal competitive services and so vigorously to compete may be impaired. We saw this post-9/11 and we saw it with the banks all over the world from 2008-2012 when governments were forced to step in and support market participants with varying forms of government aid, whether it be in the form of capital injection (debt and/or equity), guarantees and the like.

Herein lies the rub for Australia for its laws around government subsidies and competitive neutrality are not formally framed to deal with the exigencies of the current COVID-19 world. There is no substantive law against government in Australia favoring one private sector business for support over another in these circumstances and where an equitable competition policy would demand some sort of equivalence so that, when the crisis is over, a weaker competitor pre-crisis is not a de facto stronger one after due to government intervention. This is what the ACCC, as advocate, and the government as policymaker and a de facto funder of last resort needs to protect against in making decisions in supporting or rescuing market participants in key markets.

This is not theoretical (as was evident in the United States, the European Union and Australia during the great recession particularly concerning the banking sectors) and is currently a very live issue in the context of the Australian aviation market where there is a domestic duopoly comprising Virgin Airlines and Qantas. The smaller Virgin Airlines has suspended trading its shares on the Australian Stock Exchange and has reportedly gone into voluntary administration on April 21, 2020. While the Australian government had provided equivalent support for both airlines to service certain domestic routes, this is akin more to the grant of a public service obligation subsidy to provide minimum services across the country, that subsidy did not address the issue of guaranteeing the survival of Virgin Airlines.

This may be due to the fact there is no route map in the policy or legislative framework explaining in what circumstances the Australian government or State governments will provide support to market participants in trouble but whose survival is axiomatic to a competitive fully functioning market in a key sector like aviation in Australia (which can be described almost as a utility service in the Australia context). It is noteworthy that a not dissimilar debate is happening with Virgin Atlantic and the UK government right now.

This would be an easier debate to resolve if there was a clearly formulated policy for governmental aid so that in the event of any government support being provided, non-recipients in the relevant market would not be unduly disadvantaged while competition is also preserved.   A structured Australian State aid policy would anticipate such issues and provide more certainty in times like this. A structured policy would also meet the further comments of the ACCC chair when he said:

The Government has provided relief to some sectors, but clearly more challenges are coming.

What about potentially failing firms that are strategically important to our economy? These involve very hard calls.

In my view, Australia wants to emerge from this crisis with competitive structures as close as possible to those we had going in. Any decisions need, however, to be taken within clear rules. Any assisted firms need to have been viable beforehand; there needs to be an immediate assistance exit plan; and assistance would need to be a last resort.

Again tough calls are going to have to be made. And there are no right answers. Those not assisted will complain; especially the competitors to those firms receiving assistance.4

This brings us to the wider debate about failing firms and merger control. The ACCC in Australia has not traditionally been a fan of failing firm arguments in the context of merger control, as evidenced by its recent decision in Jewel Fine Foods Pty Ltd (“Jewel”) in 2019.5 Jewel went into administration (an Australian insolvency-related process) in April 2019 and the voluntary administrator wanted to sell its business to Jewel’s main competitor. The ACCC took the view that there were alternative buyers and vetoed the sale in September 2019 notwithstanding Jewel was in an insolvency-related process. Jewel’s business was subsequently sold over six months later to Coles, one of Australia’s two leading supermarket chains. Given the dynamic nature of the competitive environment, the speed of the lockdowns across the country, the seizing up of supply and demand in the overall economy, time will be of the essence in dealing with sales of businesses in distress, particularly when this pandemic is over, in order to preserve investment and livelihoods.

What Australia needs now from the ACCC and government is a reframing of their approach to failing firm arguments out of necessity in this current time.  Such an approach would clarify that while the regulator maintains its traditional reticence about the failing firm argument in a normal functioning economy, it will expedite any merger notifications involving the acquisition of business assets in an insolvency process (or in imminent danger of such) until the end of 2020 where it is clear that the assets would become moribund if the competitor did not acquire the assets and there was no other reasonable prospect of a private sector or government-sponsored participant filling the space. This could require the ACCC, for example, to take advice quickly from an experienced corporate financier in the sector and to avoid an undue legalistic approach on the shifting of the onus of proof or the interpretation of the standard of proof. As the ACCC has been very positive in approving cooperation between competitors who will likely survive, it has the ability now to set out under what conditions (in the context of COVID-19) it will approve sales of failing firm businesses to hitherto competitors. This can be written into a policy with a sunset clause quite quickly (which I experienced in the European Union during the last crisis).

To the extent that concerns remain about any such loosening of policy for the pandemic period, it is worth remembering that Australia has recently altered its laws on abuse of market power (abuse of dominance)6 which were previously unworkable (intention to abuse had to be proved for practical purposes) so that a case of abuse of market power can be made out by showing anti-competitive effects alone. So while this would not allow it to correct any perceived error in allowing any merger through in these circumstances, the ACCC and the market can still have recourse to a section 46 abuse of market power claim to deal with any future aberrant behavior.

2 At least 17 authorizations are pending or have been approved by the ACCC as at April 16, 2020, covering conduct by trade associations or groups of erstwhile competitors due to the COVID-19 pandemic. 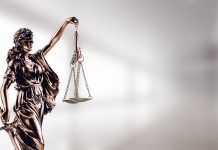 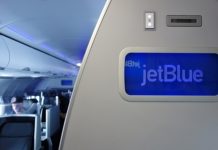