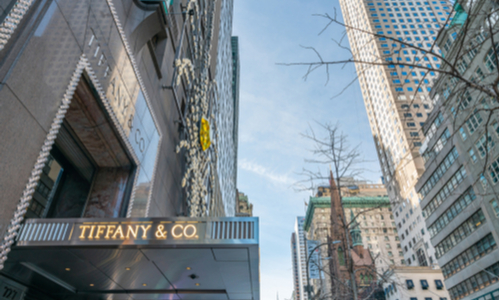 The Korea Fair Trade Commission (KFTC) Wednesday, June 24, announced its approval of the merger between LVMH-Moet Hennessy Louis Vuitton and Tiffany here, after saying the French luxury giant’s stock purchase of the US jewelry brand does not restrict competition in the local market, reported The Korean Times.

Last November 24, LVMH signed a contract to purchase a full stake in Tiffany and reported their business combination to the antitrust watchdog in March.

The KFTC has been mainly reviewing if the M&A of the two firms will prevent any other players from entering the global high-end jewelry market where their businesses overlap. It concluded that the merger does not restrict competition in the related market and approved the deal as of June 12.

“There are many brands competing in the global high-end jewelry market including those owned by Chinese companies,” a KFTC official said. “Thus, we have concluded that the merger of LVMH and Tiffany will not increase the market concentration here. We also took consideration of prominent competitors in the market including Cartier, Van Cleef & Arpels and Boucheron.”

So far, antitrust watchdogs in the United States, Australia, Canada, and Russia have also approved the merger of LVMH and Tiffany while those of Europe, China, Japan, Taiwan, and Mexico are still reviewing the deal.