Home Agency Conduct The Alignment of Evidence and Economics: A Rebuttal to Ginsburg and Wright
Facebook
Twitter
Linkedin
Email
Print

The Alignment of Evidence and Economics: A Rebuttal to Ginsburg and Wright By Joseph Kattan & Timothy J. Muris1

In a March article in CPI’s Blog O’ Blogs, Judge Douglas Ginsburg and Professor Joshua Wright (“G&W”) criticized the Nash bargaining model of the Federal Trade Commission’s economic expert in the agency’s case against Qualcomm, Professor Carl Shapiro, as “contrary to real-world evidence.”2 In an April response, we analyzed the trial evidence in that case and demonstrated that it fully supported Shapiro’s economic analysis.3 We showed that consistent testimony from numerous Qualcomm customers established that Qualcomm’s “no license no chips” regime, under which Qualcomm threatens to stop supplying its monopoly modem chips to customers that do not agree to its patent licensing demands, significantly increased the royalties that customers pay Qualcomm. We also explained that the economics of Shapiro’s Nash bargaining model, with which G&W did not quarrel, demonstrated that Qualcomm’s elevated royalties served as a direct tax on Qualcomm’s competitors.

G&W have now replied to our critique, arguing that we are wrong about the evidence.4 Their reply, however, completely ignores the evidence in the FTC’s case. Instead, they rely on the opening statement of Qualcomm’s counsel in another case, Qualcomm’s litigation with Apple, which settled before a single piece of evidence was admitted into the … 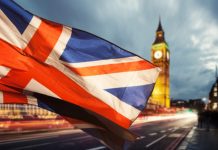 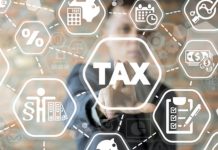 Google Plans $10B US Investment Amid Probes