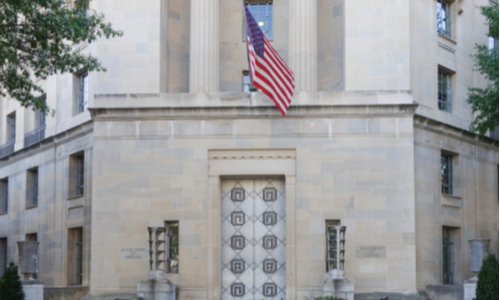 The US Justice Department is moving “full-tilt” on its antitrust investigation of Alphabet Inc’s Google and other Big Tech platforms, the department’s second-ranking official told Reuters.

Deputy Attorney General Jeff Rosen told Reuters in an interview this week at the department’s headquarters that he could not commit to a specific date by which the department would decide whether to bring an antitrust suit against Google.

“We are going full-tilt. It’s a major priority,” Rosen said. “We have a great team working really hard to get on top of the documents, hearing from people in the industry and the like.”

Rosen said the probe is not being driven by political factors. He said the goal is to act “as soon as possible” based on a review of the merits.

“This is one of those issues that people from lots of different points of view are very concerned about,” he added. “I can’t tell you today what the date will be.”

Google spokeswoman Julie Tarallo McAlister said “while we continue to engage with ongoing investigations, our focus is firmly on providing free services that help people every day, lower costs for small businesses, and enable increased choice and competition.”