On August 27, Greece’s PM Kyriakos Mitsotakis congratulated InstaShop, a grocery delivery platform with around 500,000 users in five markets, on the largest Greek-founded start-up company acquisition for a value of $360 million.2 The PM mentioned that “with R&D based in Greece and initial Greek investment, it highlights how our start-up ecosystem is thriving and going from strength to strength.”3  Earlier in May, Microsoft acquired Softomotive, another Greek-founded start-up platform dealing with software robotic automation, which was till that date the largest acquisition of a Greek tech company for approximately $150 million.4

It was not long ago though that the European Commission’s (“Commission”) Vice President and Competition Commissioner Margrethe Vestager had marked similar “killer acquisitions” as “a recurring issue,” whereby large digital businesses “may be blocking innovation by buying tech start-ups.”5 Also, former Chief Economist of DG Comp Tommasso Valletti had suggested that competition agencies are under-enforcing in the area of killer acquisitions due to a lack of appropriate legal tools and had explicitly mentioned that allowing a Big Tech company to further grow, by e.g. acquiring yet another application for mobile phones, “has limited social benefit compared to stopping it from acquiring a smaller business that could go on to become its next competitor.”6

Large-scale concentration on the tech pyramid is certainly not welcomed by the European competition agency, as further demonstrated by the launch of the review of the Market Definition Notice of 1997. In that regard, Commissioner Vestager has previously clearly expressed her concern on large digital businesses “expanding their powers across the digital world” and creating “an ecosystem of services that could leave consumers locked in.”7

The debate around “killer acquisitions” relates to the impact of mergers on innovation, and how to deal with transactions in digital industries in particular. The concerns expressed by the Commission center around the ability of large incumbent companies to buy up potential future rivals or rival products, thereby either preventing the emergence of a new product or further entrenching their incumbent position by acquiring a nascent rival who ceases to be an independent player.8

The Commission has long faced criticism on its “wilful blindness” towards the innovation-stimulating (rather than innovation-killing) effects of these type of acquisitions, which are essentially based on the venture capital business model. Venture capital and private equity investment into early-stage projects and start-ups is critical. This type of investment might not have happened in the first place, if investors were not given the ability and the choice to exit their investment by selling to a strategic buyer. The example of how the following Greek start-ups took advantage of the venture capital business model to eventually reach great revenues from their acquisition is enlightening in that respect:

Equifund’s (indirect) involvement in Instashop’s acquisition raises an additional policy issue that has not been so far properly brought to light in the context of the debate on killer acquisitions – the strategic decision by Member States and the European Union to boost the economy through mobilizing private financing for strategic investments. This vision is reflected in the European Fund for Strategic Investments (“EFSI,” also known as “Juncker Plan”), which aims, among others, to “help small businesses to start up, to grow and to expand by providing risk finance.”11 The European Fund for Strategic Investments is an EU-budget guarantee providing the European Investment Bank (“EIB”) with a “first loss protection,” which means that the EIB is able to provide financing to projects with a higher risk than normal.

As further shown by the infographic below, 34 percent of the investment funds that EFSI has mobilized so far, reaching the amount of approximately EUR 524 billion, relates to investment in “smaller companies,” including start-ups. 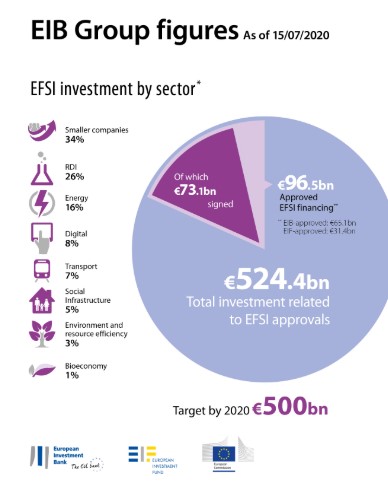 Greece, in its part, in an effort to foster an investment-friendly environment, has already since 2013 introduced a law on the “Creation of a Development Friendly Environment for Strategic and Private Investments” and, among other initiatives (including the Equifund mentioned above), has launched the “Startup Greece” online portal to promote entrepreneurship. More recently, the Minister of Trade announced the Greek government’s intention to create a start-up hub in Athens12] and activate an EU program of subsidizing insurance contributions for start-up companies.13

It seems contradictory that while the European Union is strongly endorsing the start-up business model and proactively helping its financing in all EU Member States, it is indirectly casting doubts on this business model by letting in the discussions on “killer acquisitions” through the back door. Private investors, start-up founders and national governments require clarity from the Commission with respect to its intentions on the proposed two-pronged approach on “killer acquisitions” (i.e. the revision of merger control thresholds to capture acquisitions of early stage products14 and/or the shift of the burden of proof to the acquirer to show that the acquisition is pro-competitive).

Firstly, will the Commission endorse the introduction of a transaction value-based threshold, as the appropriate enforcement trigger (thus potentially influencing commercial negotiations on the set deal price)? And how does the Commission plan to treat the (currently non-harmonized) national legislative attempts to introduce such thresholds – would there be a “one size fits all” valuation threshold, given the vastly different dynamics in the economies of many of the Member States?15

Secondly, with respect to the reversal of the burden of proof, what exactly would the acquirer need to prove – the absence of a significant impediment to effective competition or the pro-competitive benefits and efficiencies of the transaction? In the latter case, how would these efficiency gains be substantiated – perhaps through long-term business plans, describing the proposed incorporation of the nascent product to the acquirer’s portfolio?  And what is the possibility that these would act as quasi-commitments, on the basis of which the Commission could hold the acquirer accountable, if it deviates from such plans?

It is evident that these are only a fraction of the questions and issues which could severely frustrate the deal-making process between start-ups and large-scale acquirers.  Still, it is highly unlikely that Europe’s competition agency believes that every start-up is a potential “unicorn,” i.e. a maverick-in-the-making that can shake up the incumbent market ecosystem, which could justify the disruption of the aforementioned EU policy goals to support the start-up ecosystem. Therefore, the Commission’s concerns regarding killer acquisitions need to be clearly delineated and benchmarked against policy considerations. Europe’s competition agency should seek to strike a balance between the need for regulation of the digital world and the EU’s and Member States’ strategic priorities. The EU’s (mainly human) capital invested into the creation of start-ups cannot afford to be a side effect in the EU’s intervention against Big Tech.

The domino effect that could result from the Commission’s potential decision to adopt an aggressive enforcement strategy on killer acquisitions, could create a chilling effect on (largely EU-funded) investments in start-ups, the business model of which is largely structured around their future ability to be absorbed by a larger group. This would, in turn, condemn start-ups to being forced to create a business plan that would ensure their viability longer than the regularly envisaged acquisition cycle. As a result, this could reduce not only the risk appetite from private equity but also the creation of new business ideas, if their creators cannot secure a safe exit strategy.

8 The main legal tools that have been proposed to address the issue of killer acquisitions include a revision of the merger control thresholds to capture acquisitions of early stage products and/or the shift of the burden of proof to the acquirer to show that the acquisition is pro-competitive.

11 For more details, see the European Commission’s website on the European Fund for Strategic Investments (EFSI), available at https://ec.europa.eu/commission/priorities/jobs-growth-and-investment/investment-plan-europe-juncker-plan/european-fund-strategic-investments-efsi_en.

15 Available data from Germany and Austria show that the introduction of a transaction value threshold has not actually led to more problematic tech deals being reported.  See Jacquelyn MacLennan, Tilman Kuhn, and Thilo Wienke, White & Case, Innocent Until Proven Guilty – Five Things You Need to Know About Killer Acquisitions, May 3, 2019, available at https://informaconnect.com/innocent-until-proven-guilty-five-things-you-need-to-know-about-killer-acquisi-tions/. 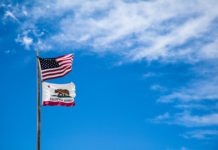 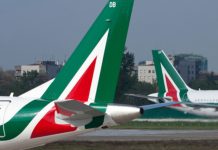 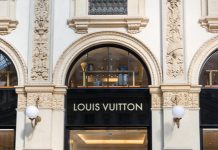