Home In The News UK’s Morrisons Agrees $8.7B Takeover By Fortress-led Group 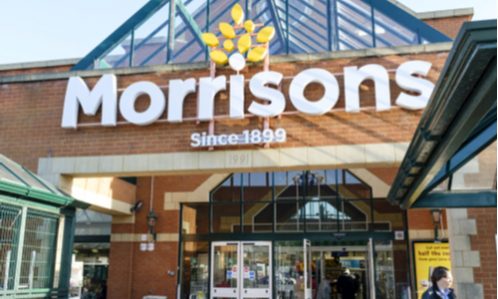 The offer from Fortress, along with Canada Pension Plan Investment Board and Koch Real Estate Investments, exceeds a 5.52 billion pound unsolicited proposal from Clayton, Dubilier & Rice (CD&R), which Morrisons rejected on June 19.

However, it was less than the 6.5 billion pounds asked for by top 10 Morrisons investor JO Hambro last week.

Shareholders will get to vote on the Fortress offer, which gives the supermarket chain an enterprise value of 9.5 billion pounds once its net debt of 3.2 billion is taken into account.

Under British takeover rules CD&R has until July 17 to come back with a firm offer. CD&R declined to comment.

Analysts have also speculated that other private equity groups and Amazon, which has a partnership deal with Morrisons, could enter the fray in a potential bidding war.

The Fortress deal underlines the growing appetite from private funds for British supermarket chains, which are seen as attractive because of their cash generation and freehold assets.

“We have looked very carefully at Fortress’ approach, their plans for the business and their overall suitability as an owner of a unique British food-maker and shopkeeper with over 110,000 colleagues and an important role in British food production and farming,” said Morrisons Chairman Andrew Higginson.

“It’s clear to us that Fortress has a full understanding and appreciation of the fundamental character of Morrisons.”