Barclays is not exploring a potential merger with other banks, two sources close to the bank have told Reuters, dismissing a media report that said Barclays was considering a possible deal with rivals, including Standard Chartered.

The Financial Times (FT) reported on Wednesday, May 23, that Barclays’ senior board members were exploring a deal with another bank and that Barclays’ chairman John McFarlane was keen on the idea of a possible combination with StanChart.

The FT said the moves were part of wide-ranging contingency plans being considered by the bank in response to pressure from activist investor Edward Bramson, who has become one of its biggest shareholders.

Two sources close to the bank told Reuters on Wednesday that no deal was in the works and Barclays had no plans to combine its operations with any of its rivals. 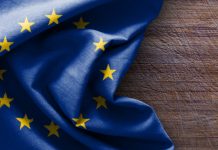 Otis: Another Great Judgment on Private Enforcement from the CJEU… But...