The Chicago office of Charles River Associates has welcomed Debra Aron as a vice president in its antitrust and competition economics practice.

Debra Aron joins Charles River Associates (CRA) from Ankura, where she spent nearly a year after Ankura’s acquisition of the disputes arm of Navigant in 2018, having previously spent eight years at the latter. 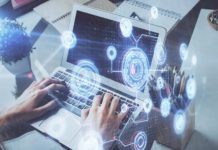