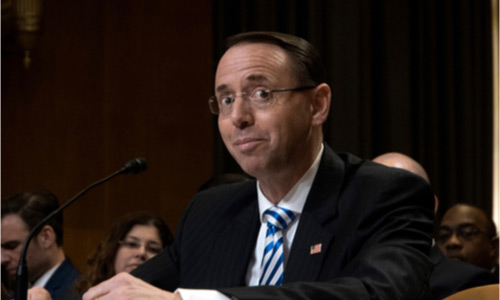 Rosenstein will be in the firm’s Special Matters & Government Investigations group, which represents corporate, institutional and individual clients in sensitive legal challenges, the firm announced on Wednesday.

His time at the Justice Department spanned the administrations of Presidents George W. Bush, Barack Obama and Donald Trump. He was deputy attorney general from 2017 to 2019 and before that, was U.S. Attorney in Maryland from 2005 to 2017.