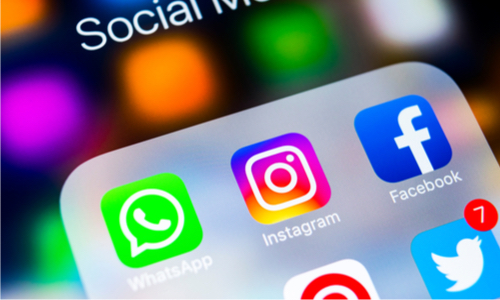 As politicians and regulators up their pressure on so-called Big Tech in the US, it can be difficult to see where all that effort will lead, especially given the timetable for antitrust actions at the federal level. That was one message on Monday (Nov. 18) from Snap Chief Executive Officer and Co-founder Evan Spiegel during a CNBC interview.

Speaking about Facebook, he told CNBC that “some things that they have done in the past … could be [considered] anticompetitive.” He declined to get more specific than that, and did not confirm rumors that Snap has a “dossier” of Facebook’s alleged anticompetitive measures.

In late-October, Snap, the parent company of Snapchat, said it is no longer under investigation by the Department of Justice (DOJ) and the Securities and Exchange Commission (SEC). Reuters reported that the investigation involved an allegation that Snap lied to investors when it went public in March of 2017.

Snap said it was subpoenaed last year for information about how competition from Instagram had affected its growth. The company said it answered queries for “subpoenas and requests for information,” and that the organizations were “investigating issues related to allegations asserted in our federal securities class action about our IPO disclosures.”

Earlier this year, Chairman Joe Simons of the U.S. Federal Trade Commission (FTC) said he’d be willing to break up Big Tech companies if necessary, according to Bloomberg. The FTC is currently investigating whether Facebook and other Big Tech firms are harming competition by buying smaller tech companies and merging with them. Simons said he knows breaking up the companies would be challenging, but he would do it if it was the right way to bring back a healthy level of competition.

Simons is leading a team to look at how the industry conducts itself, and to see if the mergers are anticompetitive. The current investigation is into whether Facebook intentionally tried to thwart competition.

In 2012, Facebook bought Instagram, then bought messaging service WhatsApp in 2014, and the FTC approved both acquisitions. Many critics and politicians, including presidential candidate Senator Elizabeth Warren, have called for the breaking up of companies to allow for more competition.

During the CNBC interview, Spiegel noted that it was important to have a “level playing field” when it comes to tech, but that the average antitrust investigation can last some seven years. With tech, it’s hard to know what will change by then, and what the hot issues will be. “Seven years from now, the world will look totally different,” he said.

In July, the FTC announced a broad investigation into Facebook that would look into social media, mobile applications and digital advertising practices. It would also look at what would’ve happened to a company like Instagram if it wasn’t acquired by Facebook.

“There’s a question about what caused Instagram to be as successful as it is,” Simons said. “Was it the fact that the seed was already there and it was going to be germinated no matter what, or was the seed germinated because Facebook acquired it?”

Spiegel gave no definitive answer about whether he thought Facebook should be broken up, but one can bet more information about this issue — from others, if not him — will be forthcoming soon enough.