The MWG’s 2019 “Vertical Mergers Comparison Study” builds upon the group’s 2018 “Vertical Mergers Survey Report,” which found broad similarities among the vertical merger review programs of 43 NCAs. Specifically, the 2018 report found that vertical deals continue to represent a small fraction of most NCAs’ overall merger review caseload, and that NCAs focus on similar input and customer foreclosure theories of harm and pursue similar types of remedies for most problematic vertical transactions. However, the 2018 report found less consistency in the types of evidence NCAs considered in applying their analytical frameworks. For instance, the majority of NCAs responding to the report’s survey stated that they have not used the Vertical Gross Upward Pricing Pressure Index (“vGUPPI”) in analyzing vertical mergers, despite the broad acceptance of this technique across Europe and in the U.S. Nearly half of responding NCAs reported not using a vertical arithmetic technique (such as critical loss analysis) of any kind.

The MWG’s study found that the four NCAs each identified similar relevant markets at both the upstream and downstream levels. Moreover, all four ultimately imposed firewalls and associated behavioral remedies designed to maintain interoperability and confidentiality of business secrets, but for slightly different reasons. The EC, U.S. FTC, and MOFCOM all concluded that Broadcom receives confidential information from downstream customers that the merged entity could use to its competitive advantage. The JFTC, however, dismissed this information sharing concern, in part because it concluded that existing intellectual property protections would prevent Broadcom from taking advantage of its customer’s proprietary information. The JFTC did identify a separate information sharing concern, however. Brocade, to ensure interoperability between its switches and HBAs, possessed confidential information about HBA manufacturers, and the JFTC worried it could use this information to advantage Broadcom’s HBAs over competitors. The JFTC took relief to ensure interoperability and protect confidential information between the merged firm and HBA manufacturers.

The EC, U.S. FTC, and NZCC all cleared the merger without conditions. Essilor’s lenses are an input for eyewear manufacturers, and the MWG’s study noted that all three agencies evaluated whether the merged firm might profit from foreclosing or raising the costs of Essilor’s lenses to Luxottica’s eyewear rivals. Each concluded input foreclosure would not be profitable for the merged firm, largely because Luxottica’s share of the downstream market was simply too small. China’s SAMR and Chile’s FNE reached different conclusions. The report notes that these agencies both identified narrower product markets than their other counterparts, with SAMR determining that mid- and high-end lenses were distinct from low-end lenses, and Chile isolating a market for “must-have” brands. In these narrower categories, the merged firm’s market share was high enough to make foreclosure profitable. The study reports that SAMR required that the merged entity would not refuse supplying finished lenses to competing retailers and would not apply unreasonable conditions on competing optical retailers, while FNE determined it would monitor the merged firm’s behavior post-transaction.

Finally, the MWG reviewed the 2009 Ticketmaster/Live Nation transaction, focusing on investigations by the U.S. Department of Justice (“DOJ”) and the UK’s Competition Commission (“UK CC”). In the US, Ticketmaster was the largest provider of primary ticketing services, with approximately 80 percent market share. Live Nation was primarily a concert promoter, and had been Ticketmaster’s largest client, but in the months prior to the transaction, it terminated its contract with Ticketmaster and launched its own primary ticketing service. In response, Ticketmaster acquired a controlling interest in an artist management company that competed downstream with Live Nation.

The study explains that the two agencies differed regarding the transaction’s horizontal effects, with DOJ concluding that the merger would extinguish a key threat to Ticketmaster’s dominant position, while the UK CC determined that the loss of competition between Ticketmaster and Live Nation’s nascent upstream business would not harm consumers. The MWG found the agencies more aligned regarding potential vertical harm, with both concluding that the merged firm would not profit by foreclosing concert promoters from Ticketmaster’s upstream services, primarily because Live Nation’s small downstream market share suggested it would not gain new enough concert revenue to offset Ticketmaster’s losses.

While the UK CC closed its investigation without relief, the study notes that DOJ’s remedies address both horizontal and vertical concerns. To replace lost horizontal competition, it required Ticketmaster to license its ticketing software to two competitors and to divest a business unit to facilitate concert venues in selling tickets via their own Web sites. To address vertical issues, it forbade the merged firm from retaliating against any venue owner that choses to use a competing company’s ticketing or promotional services, including restrictions on anticompetitive bundling of services. In addition, DOJ required firewalls to prevent Ticketmaster from leveraging confidential and valuable competitor data gleaned from its ticketing business in the day-to-day operations of Live Nation’s promotions businesses.

The ICN’s Merger Working Group is now taking a closer look at conglomerate mergers, with an initial work product expected for May 2020.

1 Michael Blaisdell is a staff attorney at the U.S. Federal Trade Commission. The views expressed are his and do not necessarily reflect those of the FTC or any individual Commissioner. 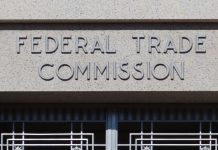