Home In The News Vista In $1.5B Robotics Deal With Blue Prism 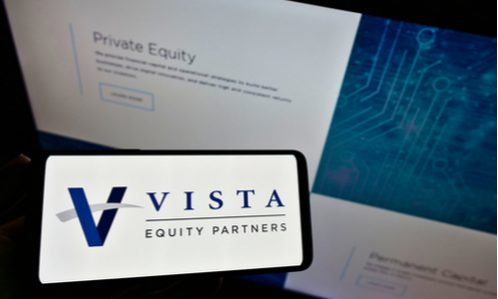 US private equity firm Vista Equity is to buy British software firm Blue Prism for £1.1 billion (US$1.50 billion) in a bid to grow its automation technology portfolio, reported Reuters.

Blue Prism, whose customers include automaker Daimler, e-commerce firm eBay and Britain’s NHS, announced that it plans to recommend that shareholders vote in favor of the 1,125 pence-per-share bid announced on Tuesday, September 28, calling the terms “fair and reasonable.”

Shares in the London-listed firm, which had been in talks with Vista as well as TPG Capital over a possible offer, were down 3% at 1,153 pence in early trade after news of the deal, indicating that investors were hoping for a higher price.Jefferies analysts said that as Blue Prism also downgraded its 2021 revenue outlook on Tuesday, that “obviously creates a weak negotiating position to extract a high price.”

Vista, announcing the agreed deal in a joint statement with Blue Prism, said it views the acquisition as “an exciting and transformational moment for the growth of enterprise-grade Intelligent Automation and Robotic Process Automation (RPA).”