Senator Elizabeth Warren and Rep. Alexandria Ocasio-Cortez are teaming up on a proposal to halt mergers and acquisitions for large companies during the coronavirus pandemic, reported NBC News.

The “Pandemic Anti-Monopoly Act” would impose a moratorium on mergers and acquisitions involving large companies until the Federal Trade Commission (FTC) “determines that small businesses, workers, and consumers are no longer under severe financial distress,” according to a summary of the proposal reviewed by NBC News.

Affected firms would include businesses with over US$100 million in revenue or financial firms with market capitalization of over US$100 million; private equity companies and hedge funds (or entities that are majority-owned by them); businesses that have an exclusive patent on products like personal protective equipment which pertain to the crisis; and other transactions are already required by law to be reported to the FTC.

The new push by the two progressive lawmakers reflects an appetite on the populist left to use regulatory powers to prevent the coronavirus downturn from accelerating monopolization in the United States. Advocates have been raising the alarm since before the crisis hit about a steady consolidation in airlines, hospitals, and telecommunications arguing that it’s harming consumers.

Warren and Ocasio-Cortez planned to announce the proposal Tuesday, April 28, and introduce the bill after Congress returns to session. It will face long odds while business-friendly Republicans control the Senate and the White House, but it raises the stakes for the 2020 election and signals the sort of pressures Biden would face from progressives if he wins the presidency.

The new plan comes after Rep. David Cicilline, the chairman of the House Judiciary antitrust subcommittee, called last week for a ban on most mergers during the COVID-19 pandemic. 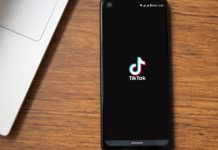 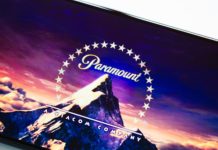 Two Sides to Every Story: Growing Tensions Between Legal Rules and Economic Realities for...