Home Year of Publication 2020 What next for Monsanto? Exploring a Competition Theory for IP and Big...
Facebook
Twitter
Linkedin
Email
Print

Monsanto’s battle over licensing its technology to India’s seed manufacturers resurfaced recently when the Delhi High Court held that Competition Commission of India (“CCI”) has the power to adjudicate the technology licensing fee dispute between Monsanto’s India business (Mahyco Monsanto Biotech India Ltd. (herein after, Monsanto)) and the seed manufacturing companies. Justice Vibhu Bakhru’s decision was restricted to the jurisdictional issue and refrained from going into the merits of the case, as the CCI was in its preliminary stage of investigation when Monsanto challenged the CCI’s intervention.2

There have been several academic and legal debates surrounding the patentability of seed technology, compulsory licensing and the price capping law for essential commodities in India. As far as patentability is concerned, the Supreme Court has also upheld the validity of the patent by Monsanto.3 Now the focus has shifted to the treatment of Monsanto’s technology licensing under antitrust law and the effects of big data in the agro-biotech sector.

Monsanto is in the business of developing and commercializing technology for producing genetically modified seeds. The Bt. Cotton technology (Bollgard -I), which is central to the dispute, is aimed at developing resistance against bollworms. The seed manufacturers that license this technology requested Monsanto to charge a trait value at a rate determined by the State. Unable to settle on a royalty rate and other terms of the licensing agreement, the seed manufacturers approached the CCI for a competition law remedy.

The competition commission had already found prima facie antitrust violations in the Bt Cotton seed market by Monsanto in previous decisions.4 The sublicensing arrangement has provisions that allegedly harm competition in the downstream market in more than one way. As per the orders, Monsanto followed a selective licensing policy and had refused to sub-license Bt. Technology to certain seed manufacturers. It also held that the agreement restricts development of alternative to the Bt Cotton technology. Furthermore, linking the trait value to the maximum retail price of cotton seeds is unreasonable and not reflective of the economic value of the said technology.

The Indian competition regulator has acknowledged the importance of dynamic efficiency in innovation markets. The incentives to innovate are to be accounted while weighing the anticompetitive conduct. A market where the patent holder can license its technology efficiently and recover profit will promote a culture of investment in innovation and new technologies. Therefore, the traditional solution of compulsory licensing would not fix the problem, but would rather exacerbate the lack of innovation.

We often talk about network externalities in the context of platform markets. However, it is an economic principle that applies to traditional markets as well, where consumers are locked-in because of the greater value they receive due to the presence of others. There is a network externalities problem in this technology market. India is one of the largest markets for Monsanto, and the company has been largely successful in selling its technology to local seed manufacturers. Almost all cotton cultivation is done using Bt-cotton hybrid seeds. Therefore, over the years, farmers have become overly dependent on the seed technology, which has in turn tweaked the demand for Monsanto’s BT-cotton. The lack of any substitute for the modified seeds, due to the patented technology, is adding to the market power of Monsanto.

This dispute is in effect a hold up problem where a patent holder and its licensees need a long-term solution. Increased royalty fees will pass on to the farmers purchasing seed from the seed manufacturing companies. The CCI’s approach to excessive pricing claims in the patent licensing context is consistent with its general approach to unfair pricing, where it has chosen to adopt a simple cost-plus approach for determining whether the price has a reasonable relation to the economic value of the product supplied. However, the solution to this hold up problem is not straightforward. The precedents that guide this theory relate to Standard Essential Patents, where the market has come up with the solution of Standard Setting Organizations. Industries setting standards has proven to have pro-competitive outcomes and hence is a good fix for arriving at royalty rates.

Going forward, we must examine whether a clear link can be established between Monsanto’s termination of licenses and an appreciable adverse effect on competition (“AAEC”). Antitrust law supplements patent and contract law in dealing with anticompetitive conduct by the patent holders.5 A FRAND commitment is meant to produce an outcome equivalent to contractual bargaining in the context of SEPs.  The FRAND issue is being resolved by the Delhi High Court in the Ericsson case6 which is in its final stages. However, the standard setting process does not exist in the seed technology market and computing the right price would be the last thing a competition regulator would want to do.

The abuse of dominance regime in India has a long way to go. The Competition Act, 2002 treats potential abuses by categorizing them into exploitative (for example, unfair pricing) and exclusionary abuses (for example, denial of market access). Excessive pricing as an exploitative abuse is not defined in the Act itself. However, Section 4 uses the term “unfair” price which has been interpreted by the Commission as unfairly high or low as per the case at hand. The National Stock Exchange was held guilty under Section 4 on grounds of offering zero-priced securities that undercut competing stock exchanges in the market.7

Abuse of dominance in India has traditionally been a per se violation and India has not yet fully adopted the effects-based approach where the competition authority takes into consideration the possible procompetitive effect of a dominant firm’s alleged anticompetitive acts. India has traditionally resorted to the form-based approach to dominant firm practices. The CCI must, however, focus on an actual licensing practice and its effects, not on the formal terms of the licensing agreement. This could be achieved by examining whether a particular practice is likely to have anticompetitive effects and whether such a practice is reasonably necessary to achieve competitive benefits outweighing those effects.

Previous cases have taken a misguided approach to abuse of dominance law. As of now, Section 4 does not entail the protection of IP rights as a reasonable justification, unlike Section 3.8 Therefore, defendant companies are unable to resort to their IP rights as a valid justification for abuse of dominance claims. The auto-parts case9 pushed the lawmakers to introduce an IPR defense for abuse of dominance claims. Now that an antitrust investigation will follow, resorting to the IP defense under Section 4 would be the strongest bet for Monsanto. Therefore, it would certainly hope for the IP provision to be enforced as soon as possible. This scenario also sheds light on the need for IP-antitrust guidelines in India.

What seems to be an unfair condition under the abuse of dominance law has been resolved by the CCI in the merger remedy imposed in Bayer’s acquisition of Monsanto. As per the licensing agreement, the seed manufacturers are required to destroy all parent lines or cotton germplasm, which has been modified to contain Monsanto Technology after the license is terminated. The CCI asked the merged entity to follow a policy of broad based, non-exclusive licensing of Genetically Modified (“GM”) as well as non-GM traits currently commercialized in India or to be introduced in India in the future, on fair, reasonable and non-discriminatory terms.

Monsanto’s merger with Bayer also highlighted the growing concentration in the agri-biotech business. The concern regarding this merger was that the merged entity would gain control over farming data and leverage their dominance by raising prices for seeds. Currently, it is being debated in developed antitrust jurisdictions whether consummated mergers can be challenged under monopolization laws.10 In this case, since we already have a merger remedy resolving the antitrust concern, a monopoly or abuse of dominance claim could lead to false positives.

Concerns have been raised over Monsanto having big data that will lead to abuse of their market power. The correlation between accumulation of data and market power is not sufficient. Rather, causality must be shown.11 Data is non-rivalrous in nature, and hence can be used by many firms, including future competitors. Acquisition of local farming data may not necessarily harm competition. Monsanto produces seed technology and uses local geographical data to help produce better yields. The use of data analytics will serve the consumer with better quality produce and prevent crop damage. In fact, when the information asymmetry is reduced due to gathering of information, the consumer receives better output.

The question is how policy makers can ensure the free flow of data. One solution is that agricultural datasets must be kept open source for the development of farming technologies. There can be stimulation of a public R&D along with private R&D in order to resolve any data exclusivity problem in future. Russia has put in place a technology sharing arrangement as a merger remedy in the Bayer-Monsanto merger. As a part of merger remedy, the CCI asked the merged entity to share its accumulated Indian agro-climate data. In addition to this, the commercialized digital farming platform(s) of the merged entity is to be used for supplying/selling agricultural inputs to agricultural producers in India. The firms were also asked to grant access to the data, free of charge, to government institutions, to be used exclusively for the public good in India.

The antitrust investigation into Monsanto’s Bt technology has the potential to expand Indian competition law in the context of IP licensing, as well as the treatment of big data. One would have to wait for the final outcome, as Monsanto is most likely to appeal to the Supreme Court before the CCI can look into these aspects of the market. 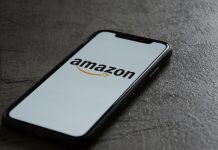 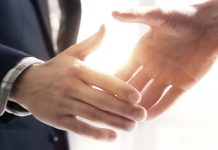