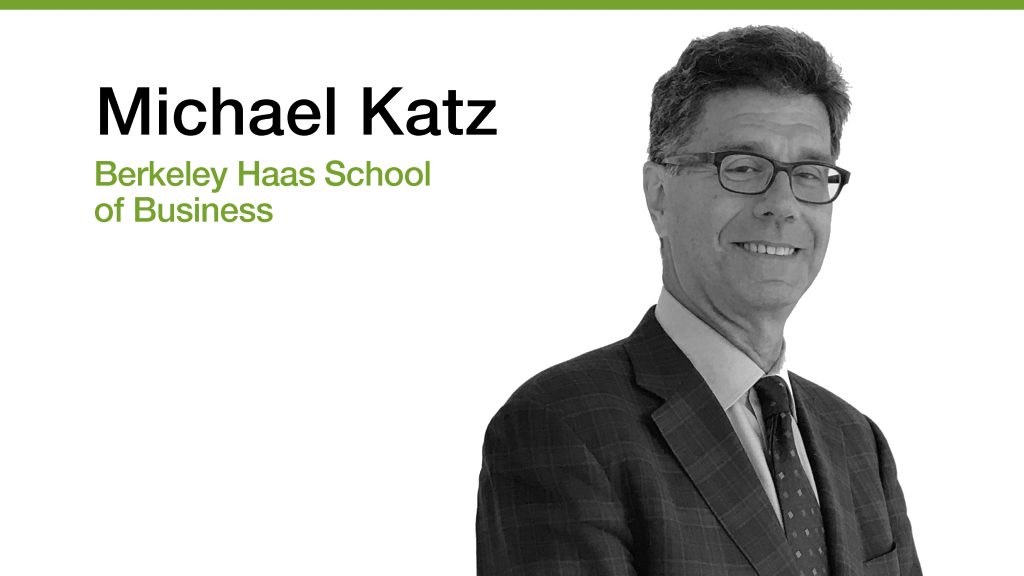 Below, we have provided the full transcript of the interview with Prof. Michael Katz, is a Professor Emeritus at the Haas School of Business & Department of Economics, University of California, Berkeley, recorded on September 10, 2021.

This interview was done as part of the Antitrust Brainstorming Board created by CPI with the support of the CCIA.

Thank you, Prof. Katz, for sharing your time for this interview with CPI.

I want to disclose to the audience that I have consulting engagements for and against several of the big tech companies, other media companies and other platforms, and they have an interest in some of the issues that we’re talking about today. I just want people to be aware of that, and to be appropriately skeptical of listening to me. My view always is, “Don’t believe what I say, just because I say it.” I want you to think about what I’m saying, validate the arguments, and I hope ultimately agree with me.

Do you think the current antitrust framework works for consumers?

Whether or not, I think it works depends in part what you mean by the framework. If we’re talking about the consumer welfare standard, right, because that’s been under attack in some circles lately. I think that at least the way I would interpret the consumer welfare standard, it does work for consumers. Now, what I mean by it, first off is we worry about consumers being harmed by conduct, that itself, harms competiti