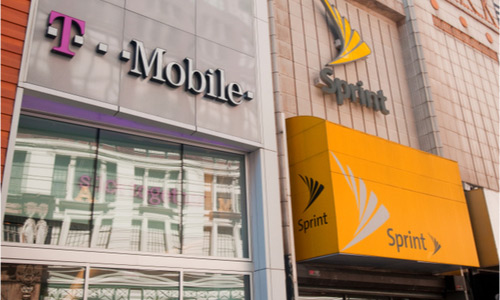 T-Mobile’s proposed $26 billion acquisition of Sprint inched closer Wednesday, when California’s Attorney General Xavier Becerra dropped his opposition to the deal in exchange for concessions from the telecoms.

Becerra said Wednesday that the telecoms, currently the third and fourth largest in the country, had agreed to several conditions, including ones aimed at ensuring service for low-income residents. Among other specific terms, the settlement requires the merged T-Mobile/Sprint to make low-cost plans available in the state for at least five years, and to offer some no-cost service plans to 10 million qualifying low-income households.

Becerra and 12 other attorneys general challenged the merger in court last year, arguing it would lead to price hikes and worse service for consumers.

US District Court Judge Victor Marrero in the Southern District of New York sided against the attorneys general last month, ruling that the deal likely won’t lessen competition in the wireless industry. Shortly after the ruling, New York Attorney General Letitia James dropped her opposition to the deal.

The merger has been approved by the Justice Department and the Federal Communications Commission. As part of its deal with the federal government, T-Mobile and Sprint agreed to set up satellite TV company Dish as a new cellular competitor, though it will be a much smaller one.

A federal judge in Washington, D.C., must still approve the Justice Department settlement. A California utility board has also not approved the deal yet.