Profits and Principles: Why Are We All Here?

The 2020 campaign is raising the pressure on candidates and CEOs to consider ways businesses can benefit more than just investors.

Why does a corporation exist? Do they simply make money and generate profits for shareholders? Or are they charged with a greater good—investing equally in the needs of employees, investors, communities, customers, suppliers and the globe?

The Business Roundtable earlier this year attempted to rewrite the mission statement for Corporate America, saying companies exist for “all stakeholders,” not just shareholders. The statement, signed by 181 CEOs, encouraged those hoping more people can get a bigger chunk of the profits the private sector generates.

Talking to executives at WSJ’s annual CEO Council meeting here makes clear this question, in various forms, is one of the defining business issues of the 2020 campaign. Today’s business leaders are often confronted on climate change, pay disparity, corporate tax breaks and human rights. CEOs get broadly painted as greedy, insensitive and wasteful.

Certainly, this distrust of corporations and the people who run them has emerged in the 2020 race. Take the recent situation with Pete Buttigieg’s former employment at McKinsey & Co., the big-dollar consulting firm doing work on behalf of companies spanning the globe.

Mr. Buttigieg’s time at McKinsey was relatively brief and he served in a junior role, but that stint is viewed warily by liberals critical of big corporations and elite consultants. As he rises in some early polls, the South Bend, Ind., mayor has come under greater scrutiny. On Tuesday Mr. Buttigieg’s campaign released information about his tenure at McKinsey & Co. after he was released from a confidentiality agreement.

This could be a preview to a bigger discussion on the nature of capitalism in coming months. Elizabeth Warren has vowed to remake it; Joe Biden wants to reorder it; Andrew Yang wants to put humans at the center of it.

Bradley Preber, CEO of consulting firm Grant Thornton LLP, said at the Journal’s event Monday night he understands skepticism aimed at the CEO position. These executives were “educated, trained and rewarded for a sole focus on getting a return on investment.” 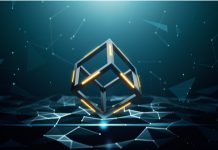 The Theory of Granularity: A Path for Antitrust in Blockchain Ecosystems 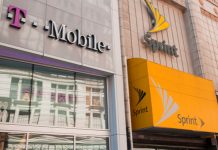 US: Tile testifies against Apple at Congressional antitrust hearing>