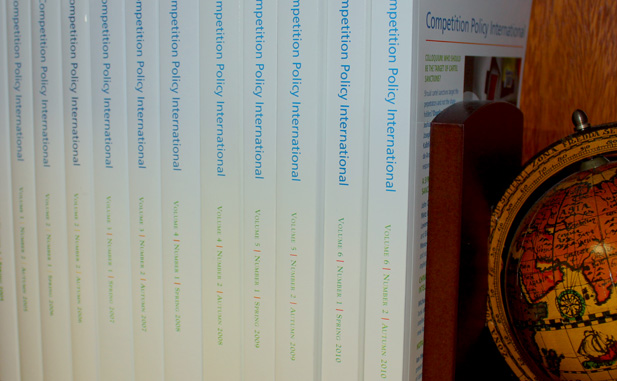 The Spring/Summer 2014 issue of Competition Policy International presents a lively discussion regarding effective institutional designs for competition regimes. More than 100 jurisdictions around the globe now have competition laws. But despite this proliferation, there’s no consensus on the optimal structure for an authority. While differences across countries probably dictate that there is no one “best” design for a national competition authority, we can still hope for some general principles for those countries figuring out how to come up with the best design for their circumstances.

Letter From the Editor

While most competition laws can trace their inspiration back to the United States (common law system) or the European Union (civil law system), laws still widely vary, as do the structure of the authorities created to enforce them, reflecting diverse cultural, legal, and political regimes. And while most authorities have an institutional interest in preserving and promoting competition, their ability and inclination to do so have also been challenged by political events—recently, in particular, the financial crisis that began in October 2008.

Institutional Design and Decision-Making in the Competition and Markets Authority

How the reforms to the U.K. competition regime and the creation of the CMA will enable us to deliver “marked improvements” and meet the expectations on us to enhance the rigor of decision-making and to make more decisions, more quickly, with no attendant drop in quality.

Competition policy is recognized by the U.K. government as a key driver of productivity and growth. The CMA’s market investigations regime, which has had significant impact in the United Kingdom on a variety of key sectors such as groceries, airports, and banking, is a crucial tool in this regard.

Notes From a Small Island: Natural Justice and the Institutional Design and Practice of Competition Authorities and Appellate Courts

The relationship between the institutional design, decision-making powers, and policy-making functions of competition authorities raises a diverse range of complex issues. This article starts from the optimistic—not to mention extremely presumptuous—position of trying to use the concepts of natural justice and procedural fairness as developed in the United Kingdom as something of a template for good practice and institutional design in competition law decision-making and appeals generally.

Decision-Making Powers and Institutional Design in Competition Cases: The Application of Competition Rules by Sectoral Regulators in the United Kingdom

The Competition and Markets Authority uses a somewhat unusual system and there has been much debate over past years about whether this system works effectively or whether it results in the underuse of competition law powers in regulated sectors.

When comparing national competition authorities, four questions arise. The aim of the present article is to discuss, with reference to a wide range of countries, considerations that are relevant to answering these questions.

Integrating Regulatory and Antitrust Powers: Does It Work? Case Studies from Spain and Mexico

There are a wide variety of possible structures for regulatory regimes in countries. This article focuses on the analysis of multi-purpose regulators that combine regulatory and antitrust powers, such as the Mexican IFT and Cofece, as well as the Spanish CNMC.

Institutional design, properly defined, both circumscribes and defines the practice of antitrust law in the United States. The structure of antitrust law and enforcement in the United States reflects so many disparate strands of political thought and expression that it seems almost impossible that it could function, much less cohere. But that very mixture of currents and cross-currents is quintessentially American—and keeps the importance of institutional design very much alive and significant in U.S. antitrust law.

This article discusses the experience of Brazil regarding institutional design and decision-making powers and Brazil’s efforts to enhance its convergence to international best practices, thereby improving Brazil’s competition law enforcement.

This paper explores how competition law and enforcement has evolved and brought India a step closer to unification with mature antitrust jurisdictions. It argues that it is imperative that India continue to take lessons from global experiences in competition law enforcement to improve its effectiveness.

China’s MOFCOM, NDRC, and SAIC all obtained powers to enforce the AML in a limited way. An antitrust regime with three authorities is complicated, as is the particular jurisdictional carve-up. This paper examines what issues arise with this three-headed authority structure, and how they can be addressed.

What Can We Learn from Bazaarvoice?

On January 8, 2014, Judge Orrick of the Northern District of California found that a consummated merger between Bazaarvoice and PowerReviews violated Section 7 of the Clayton Act. The Department of Justice challenge to this transaction and the court’s ruling have been much analyzed, and for good reason.

The timing of this article—it was published in DG Comp’s Competition Policy Newsletter March 2008—makes it a particularly interesting historical document. It predates the acceleration of the global economic crisis that occurred later that year.

All competition policy and enforcement systems consist of essentially two components: the legal instruments (‘rules’) governing both substance, competences and procedure, and the administrative structures and processes through which the legal instruments are implemented. Each of these is necessary for the success
of the system as a whole. Good rules remain a dead letter if there is no efficiently run organisation with the processes to implement them. Conversely an efficiently managed authority cannot compensate for fundamental flaws in the rules which it is to implement.