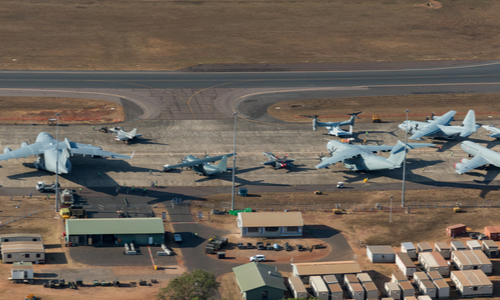 A federal grand jury in the Western District of Texas returned an indictment charging two South Korean nationals for their roles in a conspiracy to restrain trade and a scheme to defraud the United States in connection with operation and maintenance work for U.S. military installations in South Korea.

“Bid rigging, price fixing and fraud are crimes,” said Assistant Attorney General Jonathan Kanter of the Justice Department’s Antitrust Division. “We will not stand by as criminals engage in illegal conduct to harm our military instillations overseas.”

“The defendants allegedly conspired to fix prices and rig bids for repair and maintenance work at U.S. military bases,” said Assistant Director Luis Quesada of the FBI’s Criminal Investigative Division. “These actions are not only illegal, but they fundamentally violate the tenets of fair trade. This indictment shows that the FBI and our law enforcement partners are committed to investigating schemes intended to defraud others, even those devised on foreign soil.”

The seven-count indictment filed in the U.S. District Court for the Western District of Texas charges Kwon and Shin with one count of conspiracy to restrain trade and six counts of wire fraud. This indictment is the first in an ongoing investigation into bid rigging and price fixing for operation and maintenance work for U.S. military installations in South Korea.

The maximum penalty for conspiracy to restrain trade under the Sherman Antitrust Act is 10 years of imprisonment and a fine of $1 million. For the wire fraud counts, Kwon and Shin face a maximum penalty of 20 years in prison and a $250,000 fine. The maximum fine may be increased to twice the gain derived from the crime, or twice the loss suffered by victims of the crime, if either of those amounts is greater than the statutory maximum fine. A federal district court judge will determine any sentence after considering the U.S. Sentencing Guidelines and other statutory factors.