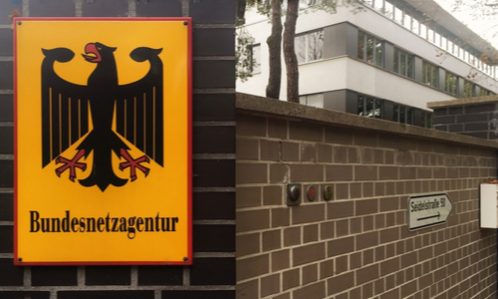 The German energy regulator Bundesnetzagentur on Friday, May 15, formally rejected an application from the developer of the Nord Stream 2 gas pipeline to be exempted from new EU rules on non-EU gas links.

The Gazprom-owned Nord Stream 2 development company in January asked the regulator Bundesnetzagentur for a derogation from the EU’s amended gas directive rules, which came into effect in May 2019.

Such a derogation would have allowed the German section of the 55 Bcm/year pipeline from Russia to be exempted from third-party access and unbundling rules, and requirements on transparent tariffs.

“The Bundesnetzagentur has today rejected the application of Nord Stream 2 for a derogation from regulation for the section of the Nord Stream 2 pipeline located in German territory,” it said in a statement.

The agency sent notification of its planned decision to interested parties earlier this month for comment, but made the ruling official on Friday.

It said that derogations from the regulatory requirements of the amended directive could only be awarded for pipelines completed before May 23, 2019.

“Since the Nord Stream 2 pipeline had not been fully laid by May 23, 2019, the Bundesnetzagentur has rejected the application for derogation made by Nord Stream 2,” it stated.