Home Library Recently Published Penalizing on the Basis of the Severity of the Offence: A Sophisticated...
Facebook
Twitter
Linkedin
Email
Print

Penalizing on the Basis of the Severity of the Offence: A Sophisticated Revenue-Based Cartel Penalty

Abstract:    In Katsoulacos, Motchenkova and Ulph (2015) we examined the welfare properties of a number of monetary penalty regimes for tackling cartels, including revenue-based penalties (the most widely used regime), illegal gains-based penalties, and overcharge-based penalties. We showed that the latter regime welfare-dominates the others. However it is subject to criticism on the grounds of legal uncertainty and high implementation costs. In this paper we focus on analysing an alternative regime: a sophisticated revenue-based penalty regime in which the penalty base is the revenue of the cartel but the penalty rate depends on (and increases with) the cartel overcharge rate. Thus, in contrast to the currently employed simple revenue-based regime, the proposed regime penalises cartels taking also into account the severity of their offence in terms of the height of their overcharge. We show that this hybrid regime can effectively replicate the desirable welfare properties of an overcharge-based penalty structure while having very low levels of legal uncertainty and implementation costs. 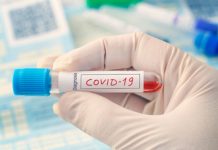