Telecommunications company Vodafone accused its new rival in the Spanish market, Telefónica’s O2 brand, of using deceptive advertising on prices, abusive discrimination, and evading regulation with regard to the proposal by O2 to compensate its customers whenever their city becomes a free competition zone.

The Vodafone complaint focuses on the price differentiation proposed by O2. O2 offers different prices to those who live in one of the 66 cities determined as ‘competitive’ by the CNMC, while in other cities prices increase by up to 13 euros for similar services.

O2 and its parent, Telefónica, argue that the differentiation is due to the regulations imposed by the CNMC itself, which does not allow them to reduce prices in regulated areas. Furthermore, they argue, if they were to lower rates, they could be forced to offer a lower price even to their rivals in the wholesale market. Vodafone, for its part, considers O2 advertising to be misleading and its actions representing abusive price discrimination. 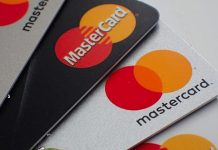