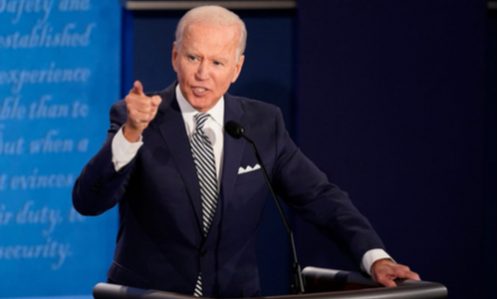 Bruce Reed, top technology advisor, is setting the stage for a Joe Biden White House that will get tough on tech, according to a Reuters report on Monday, November 23.

A longtime political agent, Reed had a hand in California’s watershed privacy law and is known for co-writing a book chapter denouncing a contentious federal law, Section 230, which shields tech firms from being sued.

Reed’s book chapter in “Which Side of History? How Technology Is Reshaping Democracy and Our Lives” calls 230 “an enemy of children” and encourages hate and abuse.

Reed was also Biden’s chief of staff from 2011 to 2013 when Biden was vice president to Barack Obama.

The California law could be a national model, according to privacy advocates, reported Reuters. Reed got involved with crafting the law when he was the strategist for Common Sense Media.

Alastair Mactaggart, the real estate developer who wrote the ballot initiative, said Reed’s input satisfied Apple. But most tech companies protested the ballot initiative, which gives consumers transparency into what private data is being shared where. The new law also gives users the power to delete any personal data being stored.

“He understands that there needs to be good regulation,” Mactaggart told Reuters. “He wants to get something done. He wasn’t an ideologue who would take his toys and go home if it wasn’t perfect.”

Proposition 24 passed in California this month, which mandates even digital protection for users and is being seen as being a model to get similar laws passed across the country. More than half of Golden State voters, or 56%, voted in favor of the ballot measure.