According to CNN, the attorneys general of eight states and the District of Columbia are launching an antitrust investigation into Facebook, New York Attorney General Letitia James announced Friday.

The investigation is expected to focus on Facebook’s impact on advertising prices, data and consumer privacy and the company’s previous acquisitions, including Instagram and WhatsApp.

“I am proud to be leading a bipartisan coalition of attorneys general in investigating whether Facebook has stifled competition and put users at risk,” James said in a statement. “We will use every investigative tool at our disposal to determine whether Facebook’s actions may have endangered consumer data, reduced the quality of consumers’ choices, or increased the price of advertising.”

The announcement comes days before dozens of states led by Texas are expected to launch a separate antitrust investigation targeting Google and its advertising practices, two sources familiar with the matter previously told CNN Business, in another probe that adds pressure on Silicon Valley’s biggest platforms.

Trump Gives TikTok 45 days To Sell To Microsoft Or Leave... 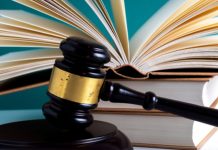 Seven & i Holdings To Buy Marathon’s Speedway Fuel Stations For...